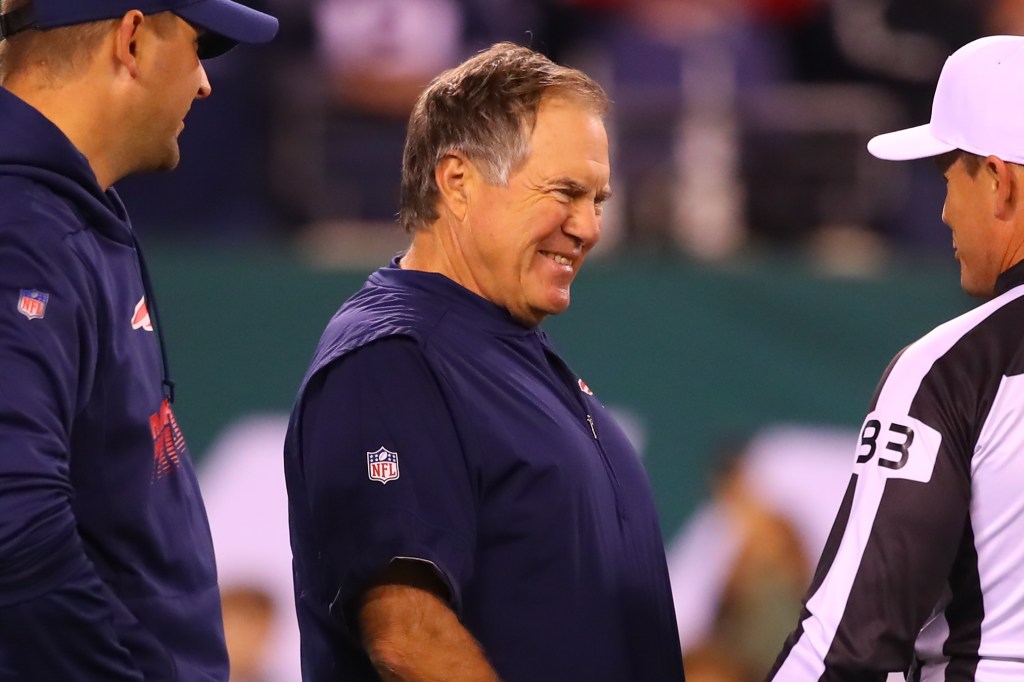 Bill Belichick and the New England Patriots put on a master class on Monday Night Football. They set a franchise record for the fewest passes attempted in a game with only 3, and it was the fewest passes in an NFL win from any team in 40 years.

A lot of people have suggested that Bill Belichick running the ball for 60 minutes was an indictment on rookie QB Mac Jones (I don’t think that’s the case at all), but one thing’s for certain, the Pats did themselves a HUGE favor by not throwing the ball in 50 MPH winds.

Head coach Bill Belichick appeared on The Greg Hill Show on WEEI where he acknowledged the Patriots unintentionally gave themselves a massive advantage for when they face the Bills again on 12/26…. The Bills now have virtually no idea what the Patriots will do in the air.

“We were talking about that last night,” Belichick laughingly said “We can use our whole passing game. All the pass plays we have, they haven’t seen.”

Question (via @TheGregHillShow): Due to weather, will you be able to take anything from the game into the Dec. 26 game with Bills?

Bill Belichick (laughs): “We were talking about that last night. We can use our whole passing game. All the pass plays we have, they haven’t seen.”

Bill Belichick is always playing chess while other coaches are playing Checkers. And this appears to once again be the case.

This is actually genius.

I mentioned above that a lot of people online (and on TV) have suggested that Bill Belichick only allowing Mac Jones to throw the ball 3 times was an indictment on Bill’s trust in Mac. ESPN senior writer Seth Wickersham suggests otherwise, and I think he’s spot-on with this assessment:

People think throwing three times reveals what Bill Belichick thinks about Mac Jones, when maybe it reveals more about what he thinks about Josh Allen and the Bills offensive coaches.

The New England Patriots will host the Buffalo Bills in Foxboro on December 26th. After that game, the Pats will face the Jaguars and Dolphins so it will likely be New England’s last consequential matchup of the regular season before the playoffs.

Bill Belichick will have his choice of throwing anything and everything he wants at the Bills or holding some back for the playoffs because the Patriots are now in charge of their own destiny. It’s truly an enviable position to be in.