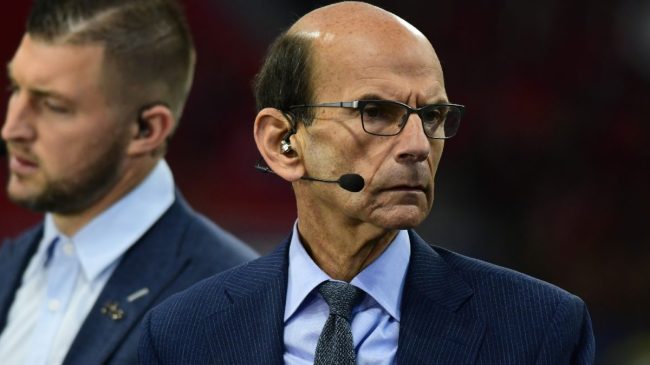 The new landscape of college football is growing more and more similar to the Wild, Wild West.

The latest introductions of NIL and the transfer portal have made it easy for players to swap schools at the drop of a hat while now having the ability to shop around for legalized pay-for-play opportunities.

Many believe that this is killing the sport we once loved, while others are happy to see the players finally rewarded for their contributions on the field.

Either way, you can definitely see this taking the amateurism out of college football as it now looks more like NFL free agency.

Pitt is the latest victim of a proposed tampering scandal.

Star wide receiver Jordan Addison is rumored to be leaning towards transferring across the country to USC just a season after winning the Biletnikoff Award as the nation’s top pass catcher. With Addison not yet in the portal at the time of those reports, the Panthers are accusing Lincoln Riley of contacting their star player early.

And the Trojans are said to have already set the wideout up with a cool $2 million NIL deal for his final season.

Paul Finebaum chimed in on the accusations, but he finds the claims more comical than newsworthy.

Paul @Finebaum joined @MacandCube to weigh in on the Jordan Addison to USC allegations & the prevalence of tampering across the college football landscape. pic.twitter.com/eYDlk1uIyS

Finebaum was dismissive of tampering claims, saying this is the new norm in college football. Here’s what he had to say in response to the Jordan Addison accusations.

“Please give me some evidence of tampering. And if you do have evidence, then tell me who you’re going to because the NCAA’s not concerned… I just laugh when I hear coaches get upset. It makes no difference whatsoever because we have legalized cheating out there right now.”

Harsh words from Finebaum to a coach that’s about to lose his best offensive weapon, but these comments have more to do with his feelings towards where college football is heading rather than on this one particular situation.

“Getting a chance to sit with coaches both on the air, and especially off the air, just confirms everything that we are talking about here. There’s widespread cheating out there, there’s widespread tampering. It’s as pervasive as I think it’s ever been.

“I had a coach tell me off the air the other day, a head coach in a major conference, that there’s just no way that a school like ours can keep up. We have certain principles, we have requirements, and we just don’t have the money. And even if we did, I wouldn’t feel comfortable doing it.

“He indicated to me, ‘I don’t know if I really want to stay in college football that much longer.'”

He goes on to say that this is the new normal and that we shouldn’t be surprised by these kinds of reports. There will be a number of these stories in the coming months, and college football fans will just have to deal with it.