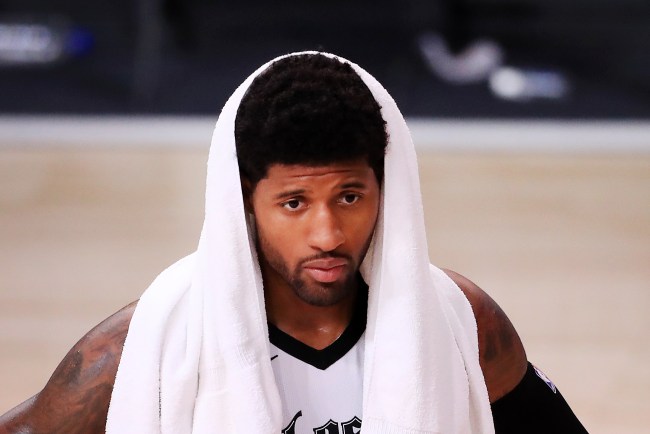 The LA Clippers were eliminated from the playoffs on Tuesday night after suffering another embarrassing comeback loss to the Nuggets.

After the game, Paul George told the media that neither he nor his team believed this season was “championship or bust” for them. George went on to say the Clippers needed more time together to develop better chemistry.

Paul George: "Internally, we've always felt this isn't a championship of bust year for us. We didn't have enough time together."

Clippers’ Paul George on title expectations after Game 7 loss to Nuggets: “The fact of the matter is we didn’t live up to that expectation. But I think internally we’ve always felt this is not a ‘championship or bust’ year for us. … We just didn’t have enough time together.” pic.twitter.com/4OwZu036S3

George’s quote is interesting considering just a few months ago he was asked a similar question by Kevin Hart on the “Cold as Balls” podcast and this was his answer.

Paul George on June 23rd “Immediately we expected to come in and win it all, We didn’t have no other, like hey this is going to take a year to get used to each other”

Paul George stays lying out here. At least he’s consistent at that. https://t.co/23SbwO6IoS