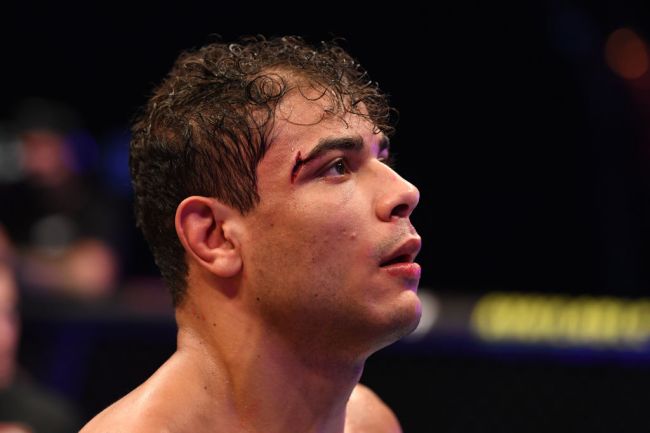 Paulo Costa is having some major weight-cutting issues before his upcoming main event fight against Marvin Vettori.

Costa, who was contractually signed to face Vettori at 185 pounds on Saturday night, arrived to fight week at 211 pounds and asked for the fight to take place at 195 pounds.

"Maybe we can do a catchweight of 195."#UFCVegas41 | Full video: https://t.co/2kwJyf3xZJ pic.twitter.com/wsMh6zzMRP

Vettori agreed to the 195 pound catchweight but Costa once again asked for the weight limit to be increased to 205 pounds before Friday’s weigh-in.

Vettori eventually agreed to a 205 pound fight with Costa to save the main event.

Just spoke to Hunter Campbell at UFC. The Costa-Vettori fioght is now at 205 pounds. Both fighters have signed deals to fight at that weight. It’s getting ridiculous, but this is Paulo Costa, ladies and gentlemen. Terrible. Terrible. Terrible.

It’s currently unclear what percentage of Costa’s purse will be going to Vettori as a penalty for not making weight. When the fight was agreed upon at 195 pounds Costa was fined 20 percent of his purse.