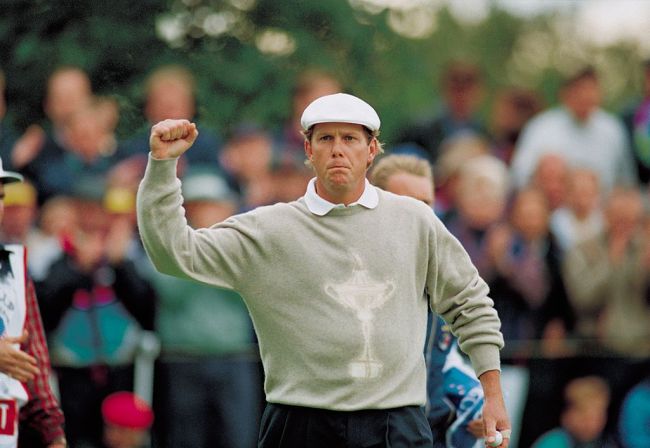 Payne Stewart’s family is auctioning off more than 200 items from his personal collection and some of the items are absolutely iconic.

The top-ticket item for sale taking place at The Golf Auction is Stewart’s player’s badge from his 1999 U.S. Open win at Pinehurst. He made a 15-footer on the 72nd hole to beat Phil Mickelson by a stroke for what was his third major title. Stewart’s celebration that took place after making the putt is without question one of the greatest in sports history. There is a life-sized bronze statue of Stewart celebrating at Pinehurst today.

His personal golf clubs, cufflinks, and shoes are also available to purchase, but if there’s one thing Stewart was known for other than his ability to swing a golf club, it was his style particularly his knickers and driving hat combo. Full outfits are available in the auction as are signed driving hats.

“Over the years so many people have reached out to share how much Payne impacted their lives or the lived of their loved ones,” Tracey Stewart, the widow of Payne, said in a statement. “I am pleased to share these items as a reminder of how much Payne enjoyed golf, but even more, how much he enjoyed people. I hope these will become treasured mementos that will inspire and encourage people in the same way Payne lived his life.”

Stewart died in a plane crash in October of 1999, four months after winning the U.S. Open. He was survived by his wife, Tracey, and two children.

Stewart picked up a total of 11 wins on the PGA Tour including the 1989 PGA Championship and two U.S. Opens, with his first coming in 1991. He also represented the U.S. in five Ryder Cups.