The Rough For The U.S. Open Next Week Is So Thick It Eats Golf Balls 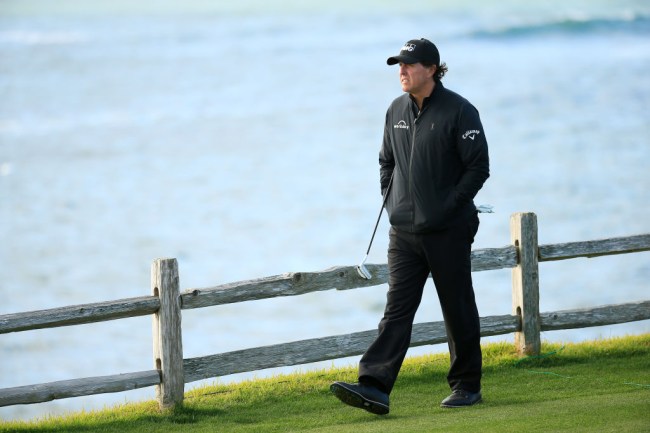 The U.S. Open is next week at Pebble Beach and it looks like full on ejection could be in store for anyone missing it in the wrong spot thanks to the course’s insane rough.

Patrick Cantlay, who won the Memorial last week, was out at Pebble on Thursday for a practice round and recorded a cool – slightly terrifying – video of the rough beyond the ninth green. He takes about 10 steps off of the green and not only do his feet disappear in the rough but so too do the balls his caddie tosses into the grass. It takes him a few seconds to even find a ball that he literally watched land a foot beside him.

It’s also worth pointing out that Cantlay is pretty much screaming in the video just so we can hear him over the howling wind. Throw in some wind coming off of the ocean, that rough and the USGA setting up a golf tournament and yeah, next week could be pretty wild.

There are certainly a lot of spots on the golf course that have to be grown up in order to keep balls from plunging off the side of cliffs, but that won’t make it any easier for players that do find this tall stuff.

The last time the U.S. Open was held at Pebble Beach Graeme McDowell won with a score of even par. It’ll be interesting to see if the winning score next week will be in red figures or not, although a lot of that will come down to the weather.

Nevertheless, we’re one week away from the third major championship of the year. It’s a USGA event at one of the most iconic courses on the planet, so buckle up.