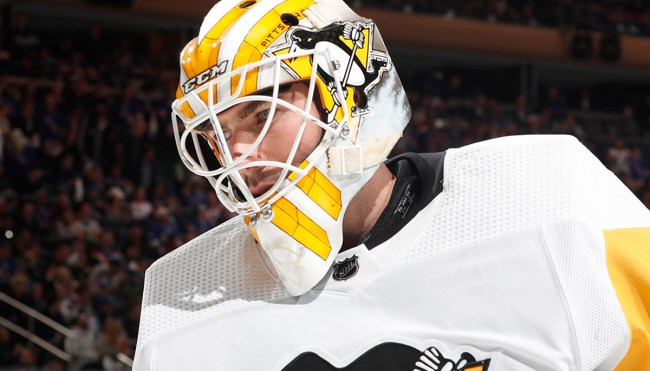 The Stanley Cup playoffs have spawned some absolute marathons over the past couple of seasons, as the Blue Jackets and the Lightning required five overtime periods to settle a bubble matchup in 2020 and the Oilers and the Jets required a relatively paltry three to decide a showdown in the first round last year.

On Tuesday night, the Penguins and the Rangers became the latest teams to join the club when they kicked off their series with a bang in a contest that ended when Evgeni Malkin netted the game-winning goal six minutes into the third OT to give Pittsburgh the 4-3 win.

Evgeni Malkin wins it for the Pens in triple-OT pic.twitter.com/Wak0xY67RG

The loss was a particularly frustrating one for a Rangers team that was unable to take advantage after the Penguins were forced to deploy backup goaltender Louis Domingue halfway through the second overtime, as Casey DeSmith was unable to return after leaving the ice with a lower-body injury (you have to imagine Igor Shesterkin was especially displeased after recording a franchise-record 79 saves in the loss).

DeSmith leaves the ice in 2OT

Domingue stepped up in the clutch and posted 17 saves to keep Pittsburgh in the game before Malkin brought it to an end, but the real highlight of the night was the postgame interview where he revealed he’d housed a serving of spicy pork in broccoli in between the first and second OT period and admitted he didn’t expect to take the ice at any point.

Louie Domingue just told @emilymkaplan he ate a meal of spicy pork between the 1st and 2nd OTs before learning he had to go in. BUILD THIS MAN A STATUE!

You have to wonder if that decision may have played a role in the less-than-thrilled look he had on his face when he realized he might be getting the nod. 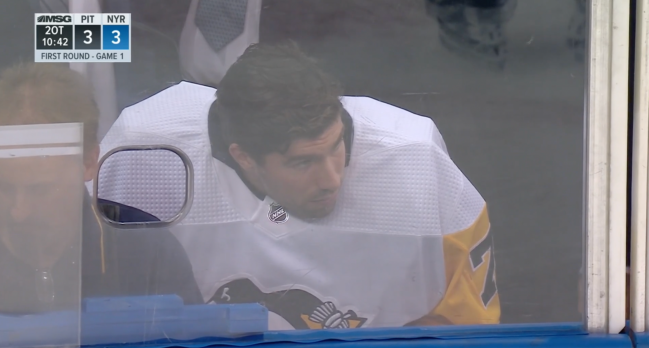