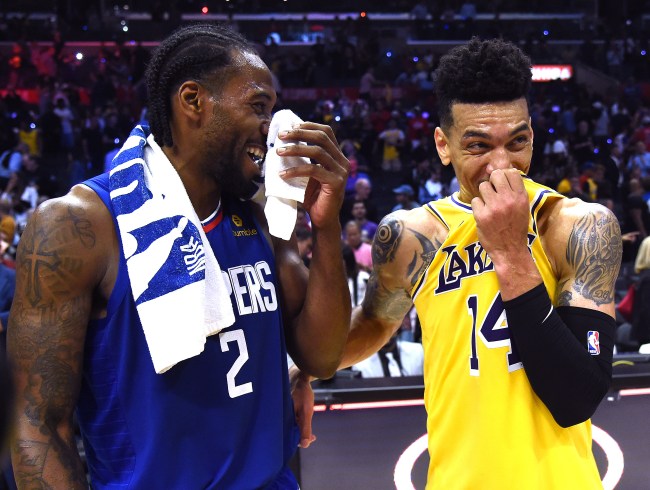 From a very young age, NBA basketball has been my favorite entertainment product. Aside from my view that NBA players are the best overall athletes on the planet, there’s a particular pettiness engrained in the league that lends itself to moments of absurdity that is distributed to the masses by the diligent and hilarious characters of NBA Twitter.

I spent the better half of the morning scrolling through the replies to the following question:

What is the funniest NBA moment y’all have ever seen?

Join me on this journey.

Paul Pierce dies in Game 1 of the 2008 NBA Finals, comes back to life, and scored 22 points to help the Celtics beat the Lakers.

Pierce would later admit that he just had to take a dump.

“He’s talking up a storm” 😭 pic.twitter.com/3bRLR1HMDg

Suns bench trying to avoid being the victims of a homicide.

This the one lmaoooo pic.twitter.com/ZEzEDm81u9

Kawhi treated Canada like a girlfriend he couldn’t break up with because she just suffered a family tragedy.

any of kawhi’s interviews or reactions can fit but this is one of my favs 😂 pic.twitter.com/a3mrJCaalO

Spike Lee gets excited about the Knicks. Or something.

“But I’ll believe you” pic.twitter.com/679YEtzD9B

When Shaq realized Ernie was for the streets pic.twitter.com/lcnAvjdojV

Ok, I think I’ll end on the haunting visual of Ernie Johnsons smashing.