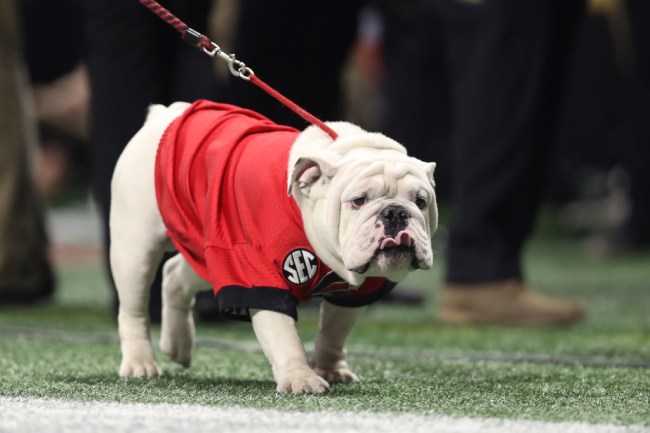 This year’s Sugar Bowl featured a matchup between the 15th-ranked Texas and No. 5 Georgia. While the final score might indicate otherwise, the Longhorns absolutely dominated the game and it was only as close as it was thanks to a virtually meaningless Bulldogs touchdown in the closing seconds of the fourth quarter.

However, the biggest story of the night might have actually occurred on the sidelines when Bevo— the steer who serves as the Longhorns mascot— broke through his barricade while trying to make acquaintance with Georgia’s legendary bulldog Uga.

A number of schools around the country use live animals as mascots (although not all of them require multiple people to keep under control). However, the incident highlighted the potential pitfalls of the practice and there was one organization that was quick to jump into the fray: PETA.

I’ve given PETA a bunch of shit over the years because they have a tendency to make themselves an easy target— like the time they urged the general public to stop using “anti-animal” phrases.

With that said, I might actually kind of agree with them for once.

Following the incident, the organization posted a surprisingly reasonable blog post asking schools and their fans to think twice about using live animals as mascots— especially those who can do some real damage if things go wrong:

“It’s quite possible that Bevo was simply scared by the noise, lights, and chaos in the stadium and tried to flee from the confines of his makeshift pen.

But that doesn’t change the fact that Uga or any of the humans standing nearby could easily have been trampled and killed.”

As Yahoo notes, this isn’t the first time live mascots have been at the center of controversy, as close to 70,000 people recently signed a petition urging LSU to rethink their pretty awesome tradition of having a tiger on campus.

For the first time in my life, I wish PETA the best of luck (as long as we get to keep the dogs).