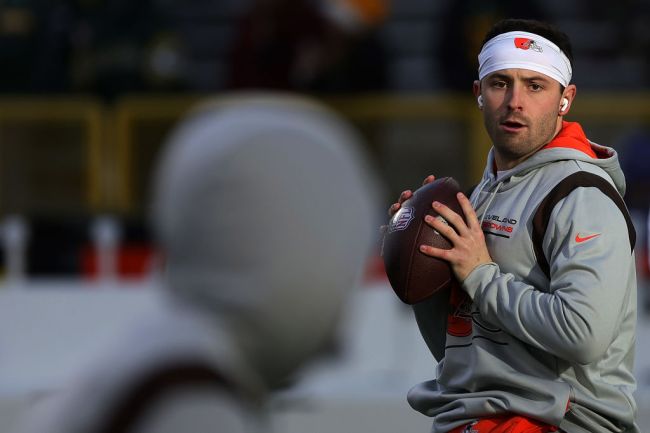 After the NFL Draft came and went with Baker Mayfield still a member of the Cleveland Browns, it seemed like his only remaining hope to be an NFL starter next season was a trade to the Seattle Seahawks.

Since then, a report had surfaced that the Seahawks didn’t actually have any interest in making this move. Now Pete Carroll has come out and said that he doesn’t see the Seahawks trading for anybody, bringing an end to any Baker rumors.

Are the Seahawks interested in adding a veteran QB with starting experience? Carroll said they’ll continue to look, but “I don’t see us making a trade for anybody at all. I don’t see that happening.”

With the approach the Seahawks are taking, it would appear they are trying to position themselves to land a quarterback early in next year’s draft. It’s the only plausible explanation for why the team would settle for Drew Lock and Geno Smith as their starting options.

It’s a decision that makes sense for the Seahawks. This is a team that only went 6-8 with Russell Wilson starting at quarterback last season. If the team couldn’t get over .500 with Russ, it probably isn’t happening with any of Smith, Lock, or Baker Mayfield.

The biggest impact of this decision is that it now seems to leave the Browns with nowhere to trade Baker unless there is some surprise option that fans haven’t been alerted to yet. Even oddsmakers seem pretty convinced Baker and the Browns are stuck with each other.The Browns are currently a sizable favorite to be the team Baker plays for next season.