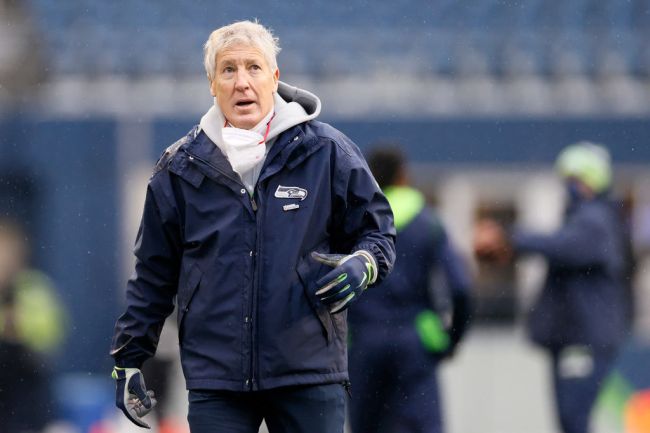 The Seattle Seahawks have one of the more interesting quarterback competitions in the NFL this offseason. As the preseason approaches, they have Drew Lock and Geno Smith battling it out for their starting job, with Smith reportedly leading ahead of their first preseason game.

Now it looks like a 3rd entrant is trying to break into the race. 70-year old Seahawks head coach, Pete Carroll, took snaps as the team’s scout-team quarterback today according to reporters in attendance.

Afterwards, he told reporters that he was being nice to the defense during his time under center.

Pete when asked about his arm after playing scout-team QB today: "I wasn't on my best game today. I threw a lot of balls to the defense. I was nice to 'em. But it's more than just the arm. I gotta get back going."

Given his reputation as a coach that likes to pound the rock and rely on his defense, one can only imagine how infrequently the Seahawks would throw the ball if Pete Carroll were to actually play quarterback for the team.

Unfortunately for the Seahawks, Carroll won’t be able to save the team as their quarterback and their fans will instead spend the year watching one of Smith or Lock leading the team.

Now that Carroll has gotten a taste of what their offense will look like this season, expect to see him lean even more on his team’s running game in 2022, especially after the team spent an early 2nd round pick to bring in Kenneth Walker.