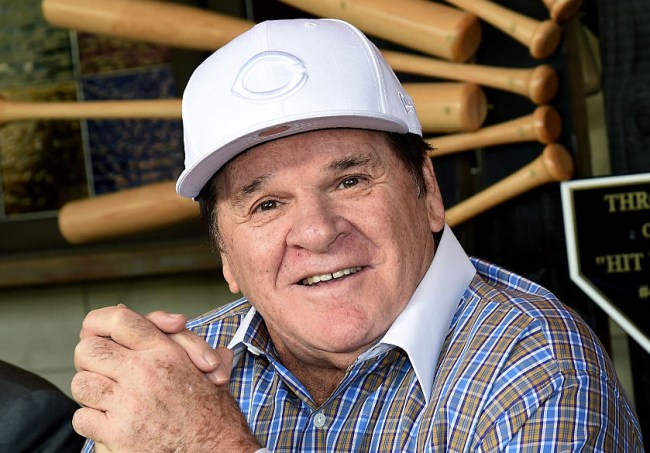 Over the years, the sports world has been rocked by various betting scandals thanks to athletes who were looking for a quick buck, whether we’re talking about the infamous Chicago Black Sox or the Boston College players who did Henry Hill’s crew a favor by shaving points in the 1970s.

Of course, you can’t talk about this topic without mentioning Pete Rose, who was banned from baseball for life in 1989 following a legendary career as a player and manager after it was revealed he had a habit of betting on Reds games.

It certainly wasn’t the best look for Charlie Hustle but Rose maintains he never bet against his team, so while I can understand why the MLB wanted to make an example out of him, it’s kind of shocking the league hasn’t reconsidered its stance 30 years after the allegations came to light.

Rose still hasn’t earned his rightful spot in the Hall of Fame, and based on his recent appearance on the No Filter Sports podcast, he’s come to terms with the fact that he’ll never have a plaque in Cooperstown.

However, during the discussion, he revealed just how staggering of an impact the ban has had on him, as he estimates he’s lost out on a nine-figure payday when everything is said and done.

Here’s what he had to say via USA Today:

Realistically, guys, me betting on my own team to win—which I did back in the ’80s—cost me $100 million. I mean that’s what it cost me. Because I’d have been managing the Reds for 30 years at three or four million (dollars) a year. And all the off-field stuff I’d have gotten.

For people who say I haven’t been punished enough, they don’t know what the hell they’re talking about.

Rose applied for reinstatement in 2015 but had his bid shot down by Rob Manfred, who said he didn’t believe the former Red had rehabilitated himself.

That may indeed be the case but I think it’s safe to say he’s learned his lesson and then some.