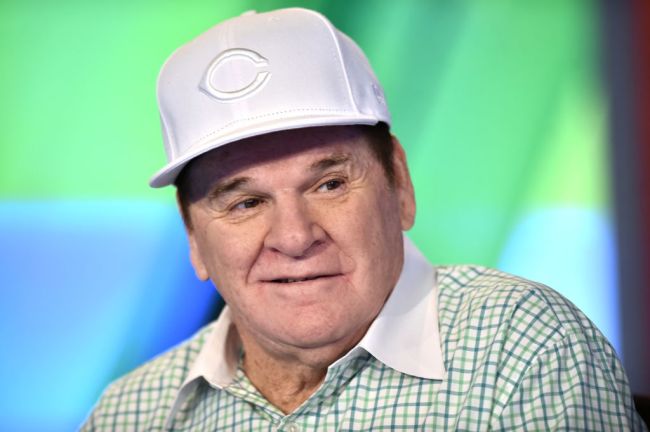 Pete Rose is not a fan of the Yankees, at least the latest version of the Yankees. He made that crystal clear following New York’s loss to the Red Sox in the AL Wild Card game.

The MLB’s all-time hit leader shared his thoughts about the Yankees and while he initially blasted the organization as a whole, he quickly took direct aim at Joey Gallo.

“That was the worst f–king lineup they could have put on the field,” Rose said, according to NESN. “Their 6, 7, 8, 9 hitters were all out-men. They had to have (Aaron) Judge and (Giancarlo) Stanton do something. If they didn’t, all of the pressure was on Joey Gallo. You saw how that worked out.”

That isn’t all Rose said about Gallo, who went 0-for-4 in the loss to Boston. He compared Gallo to Ray Charles and said he’d actually kill himself if he struck out as much as Gallo does.

“How does someone who didn’t play every day strike out 213 times? Ray Charles wouldn’t strike out that much. I just can’t imagine striking out 213 times without killing myself.”

My. Goodness. That isn’t a roast, that is absolutely torching another man, Mr. Rose.

It’s safe to say that Rose isn’t a fan of the fact that Gallo still has one year left on his current deal with the Yankees after trading for him at the deadline.

Gallo had 188 bats for the Yankees this past year and posted a whopping .160 batting average. Sure, he hit 13 homers for the Yankees, but .160, that’s absolutely horrendous.