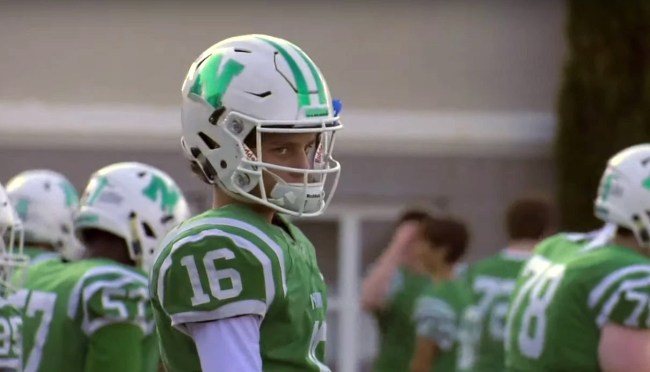 Peyton and Eli’s nephew Arch Manning was named the National High School Freshman Football Player Of The Year by MaxPreps.

His famous uncles, with 34 years of NFL experience and four Super Bowl wins between them, didn’t even start on the varsity as freshman in high school.

14-year-old Arch, the son of Cooper Manning – Peyton and Eli’s older brother, and grandson of NFL legend Archie Manning, ended his first high school season at Isidore Newman School in New Orleans with 2,407 yards passing, 34 touchdowns through the air and 6 more TDs on the ground.

Manning was good from start to finish, beginning his high school football career with a line of 22-of-34 for 224 yards, three touchdowns, and one interception in his very first game, and closing it out by tossing 6 TDs to lead Newman to the playoff quarterfinals before struggling and being upset 22-20 by Dunham.

The 6-foot-2, 175-pound freshman led Newman to an impressive 9-2 record and becomes the second Louisiana native and the sixth quarterback to be named MaxPreps National Freshman of the Year.