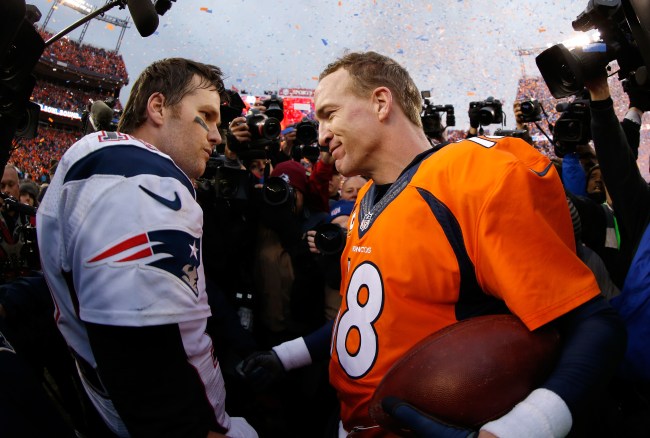 There is arguably no team in the NFL that is as loose with the rules than the Denver Broncos.

But the Broncos never enjoyed long-standing success, so these accumulative infractions never smeared the franchise name.

The Patriots, on the other hand, have been absorbing grenades for two decades.

Orlando Franklin, who was an offensive lineman for the Denver Broncos from 2011-2014, bolstered the ‘Patriots Cheating’ on narrative on his training camp show by recalling the lengths Peyton Manning would go to avoid espionage.

While explaining to viewers why there wasn’t a broader look at what was going on the field, Franklin said:

“All of our viewers, you’re probably wondering why they’re not panning out so you can see all the plays and stuff. … We got to keep it tight and not show too much,” Atwater explained.

That led Franklin to share just how paranoid Manning was about opposing teams spying.

“When Peyton was here, he was a stickler on that. (He) didn’t want anybody to see any plays, so everything that we did was really top secret,” Franklin said.

Franklin then shared a particular story about how the Broncos handled a walk-through ahead of a game against the Patriots in New England.

“I think it was about 2013 we were in New England. … We flew out there on the Friday. When you fly out on a Friday, you typically do a walk-through on Saturday. We went and got on the buses and pulled up to like the forest. It was like a forest — pine trees all over the place. Got out of the buses and started walking, walked for about five minutes. I wondered, ‘are we going on a hike right now?’ And then we get in the middle of this forest, and this opens up — there’s no trees — and that’s where we did the walk-through.”

It’s true what they say, when you’re the top dawg, everyone wants to put you in the pound.