Peyton Manning Still Pulls In Millions From NFLPA-Related Royalties, And It’s More Than Any Other Player In The League 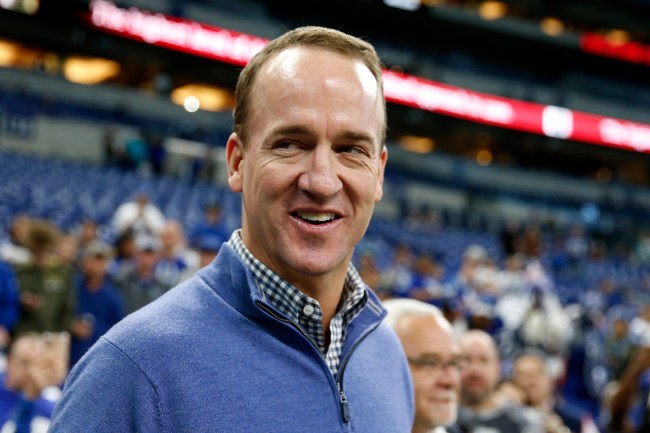 Although Peyton Manning hasn’t played in the NFL since winning Super Bowl 50 in 2016 with the Broncos in his final game, that doesn’t mean that the future Hall of Fame quarterback still isn’t winning big. Whether it’s rumors about a potential broadcasting career — which would pay him millions — or taking part in other events like “The Match”, life seems to be pretty damn good for the former signal-caller.

While Manning sits back and enjoys retirement life, there’s also something else that has to make him pretty damn happy: All of the money he sees rolling in from NFLPA-related marketing and royalty revenues like video games, apparel and trading cards.

According to The Athletic‘s Daniel Kaplan, an annual report showed that Peyton Manning — who, again, hasn’t played a full NFL season since 2015 — earned more in 2019 from royalties than any other player. Per the report, Manning tallied a whopping $3.3 million in NFLPA-related marketing and royalties, with his longtime rival on the football field, Tom Brady, finishing second with $2.998 million. Can we give it up for the old guys for pulling in such cash?

For those interested to see where some other big-name NFL players landed on the list, take a look below to see the top-10.

So how on earth did the retired quarterback earn so much from these NFLPA-related royalties? As Kaplan wrote in his piece for The Athletic, the “demand for Manning’s jersey, his avatar in video games, and his likeness on rectangular pieces of cardboard outstrip most if not all current players.” Considering most of the NFLPA-related royalties come from Electronic Arts, Nike, Fanatics and Panini, it makes a little bit more sense. Still, none of the reported money generated by Peyton Manning or the other players include individual endorsement deals — like Manning’s Nationwide ads, among others.

There are some great NFL players still playing in the league, but, when it comes to earning money from merchandise, memorabilia and other types of things with their likeness, nobody has it like Peyton Manning has it. It’s no wonder why he continues to turn down possible suitors for TV gigs; because dude is still raking in cash by doing nothing at all.