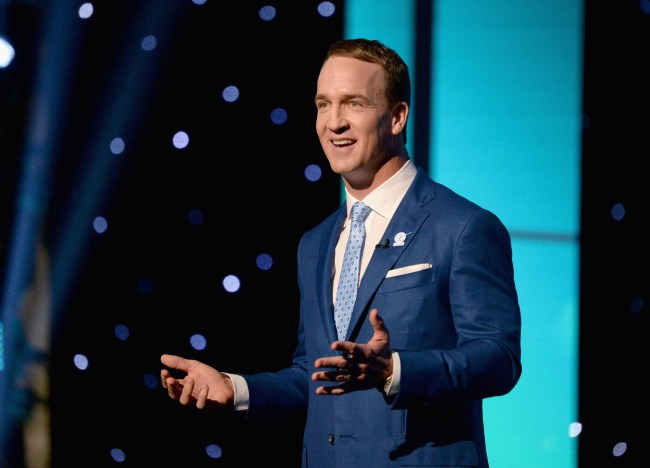 Peyton Manning has long-been rumored to move into the broadcast booth at some point to call NFL games, with his name floating around for the past few years as a candidate to be a mainstay during the regular season. As of right now, one of the most prolific passers has balked at the idea, previously stating that it’d be hard to criticize former teammates or, worse, his little brother, Eli Manning. But with Eli recently retiring, does that mean Peyton could be persuaded to call games? Quite possibly.

That’s at least what CBS seemed to think, because, according to Andrew Marchand of the New York Post, the network approached Peyton Manning to see his interest prior to the network handing Tony Romo a record-breaking deal worth $17 million per year — and could inflate to over $180 million in the next decade. Here’s what Marchand had to report in a recent article about CBS’ plan, and what the network was willing to offer Manning to try to convince him to make the move to the broadcast booth.

With CBS’ apprehension so great about where Romo’s salary might be headed and with ESPN so eager to sign him, CBS called for an audible in the middle of negotiations.

In the midst of the Romo talks, CBS offered Manning a contract that is believed to be in the range of $10 million to $12 million a year for five or six seasons, according to sources.

Manning, as is his style, was not quick to decide.

With Manning not biting and with a Super Bowl on CBS next year, as well as forthcoming negotiations for a new NFL TV contract, CBS went all-in on Romo, whom they very much wanted to keep.

Hey, this all makes sense, since CBS knew that it would take uncharted territory in order to keep Tony Romo around, so they were just doing due diligence before handing the former Cowboys quarterback $17 million a year. And, while Manning still would’ve cost the network a reported $10-12 million per season — for a guy who has yet to even call an NFL game — the risk seemed to be worth exploring.

As for the future of Peyton Manning in the booth, the New York Post article does mention that he’s still a candidate to sign with ESPN to join its Monday Night Football telecast; a role that he’s been linked to in the past. According to Marchand, the NFL is hoping ESPN changes up its MNF team to boost ratings even more — even after ratings were up during the 2019 season — and adding Manning would more than likely do just that.

The NFL would like ESPN to change its broadcast team from Joe Tessitore and Booger McFarland, but “Monday Night Football” ratings were up this season.

The audience for this Romo deal was not the average fan, though CBS is, of course, aware of Romo’s popularity and that played some factor.

In the end, it is about making the NFL happy, having it feel bigger.

So, while Tony Romo celebrates more millions coming in, we (once again) wait to see if Peyton Manning decides to finally take the plunge to call games, or if he just continues to be the “white whale,” as Marchand put it, who shows little interest in joining the broadcast booth. He’d be every bit as influential and entertaining as Romo, it’s just a matter of him wanting to do it or not.