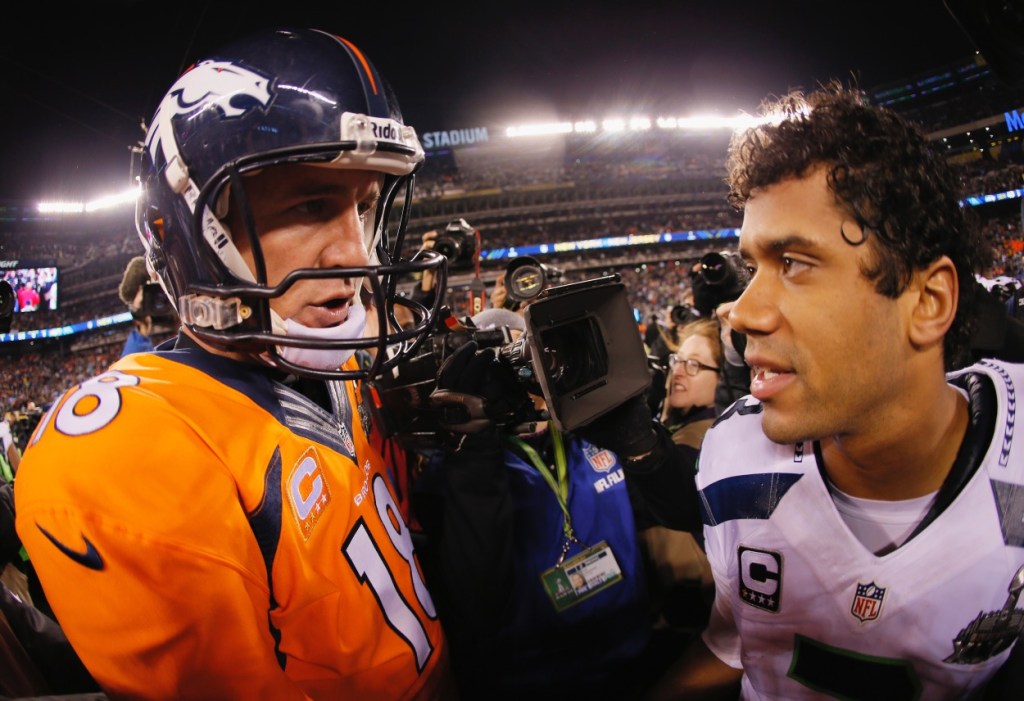 Russell Wilson is going to have a massive season with the Denver Broncos and the AFC West is about to feel his wrath. That’s the message that Hall of Famer Peyton Manning is sending after revealing that he’s been speaking with Russ recently.

Peyton Manning spoke this week with Aric DiLalla of DenverBroncos.com where Peyton discussed the advantages that Russell Wilson has this season. The way The Sheriff tells it, Russ is going to be able to cook this season because everyone in that organization is in learning mode right now.

New quarterback, new coach, new system, new vibes. And Peyton Manning believes that all this newness is going to be great for Russell Wilson. Here’s what he had to say.

“I think he’s off to a fast start in talking to him. I do think it’s an advantage for Russell to be coming in with a new coaching staff, because everybody’s learning and Russell is going to know this offense better than anybody. So he’s going to be in teaching mode, as well.

If you’re a new player and you’re catching up to everybody else in a leadership position, that can be difficult. So I think Russell’s at a real advantage where they’re learning Coach [Nathaniel] Hackett’s offense together, figuring out what works and what doesn’t work and I think he’s going to be great obviously for our young receivers. Like all Broncos fans, [I’m] excited to see him get to work this fall.”

Peyton Manning and the Broncos started 2-3 during his first season in Denver.

No. 18 sees at least one reason why Russ and Co. could start faster.https://t.co/xzTGlkXce3

The AFC West Is Going To Be Tough

The AFC West is going to be tough with the arrival of Russell Wilson. Patrick Mahomes and the Kansas City Chiefs are still the favorites to win the AFC West (+160) followed by the Los Angeles Chargers (+230) and then the Broncos aren’t far behind with +260 odds.

The raiders are a distant fourth this season according to sportsbooks (+600).