Calm Down, The PGA Of America Allowing Rangefinders Isn’t A Big Deal 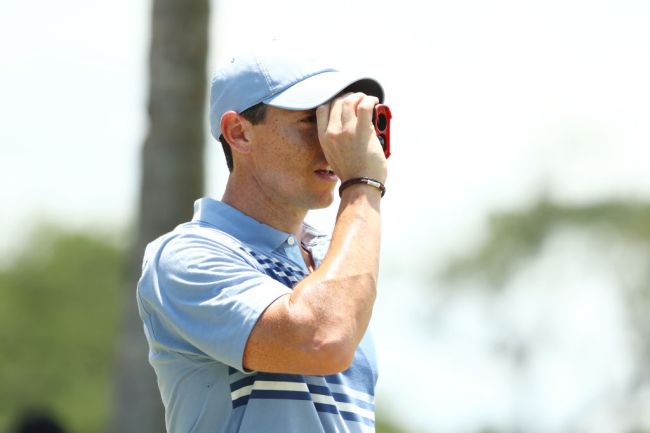 The PGA of America made a rather surprising announcement on Tuesday stating that it will allow distance-measuring devices at all three of its major championships in 2021. Players will be allowed to use rangefinders and other devices at the PGA Championship, the Women’s PGA Championship, and the Senior PGA Championship. Devices that measure elevation change will not be permitted.

As it explained in its announcement, the PGA is looking to improve the flow of play. It’s unclear why the PGA couldn’t have said it’s trying to “speed up play,” when that’s exactly what its goal is with this move.

“We’re always interested in methods that may help improve the flow of play during our Championships,” said Jim Richerson, President of the PGA of America. “The use of distance-measuring devices is already common within the game and is now a part of the Rules of Golf. Players and caddies have long used them during practice rounds to gather relevant yardages.”

As any new rule or change is introduced to the game of golf, people shared their takes about the announcement.

You have the traditionalist group of people that are absolutely furious with the decision to modernize the game suggesting that it’ll make things too easy for the best players in the world. Then you have the new-age crowd that’s more than happy to see this innovation brought to the game. When it comes to the actual goal of using these devices, speeding up play, those two groups seem to share differing opinions in that area as well.

The more traditionalist golfer thinks that adding a distance measuring device into the mix will actually slow play down. The argument from them is that it’s just another variable and that players will use the device, but still check their traditional yardage books as well resulting in slower play. The new-age group already recognizes that players and caddies are already using these devices every single time they tee it up outside of tournament rounds and that it takes about four seconds to laser the pin or any target in front of you.

I think a large number of golfers and fans out there, including myself, fall directly in the middle of these two groups and don’t really see players using rangefinders as a big deal whatsoever nor do I think it’ll have that big of an effect on pace of play.

Slow players are still going to be slow. You could give some golfers three caddies, four rangefinders, and actually warn them about their pace of play and they’re still going to take their sweet time. You then have the faster players who are going to go through their same quick routines no matter the circumstance or whether or not they get their yardage from a machine or a yardage book – which 99% of those yardages in the book came from that exact same machine, just their caddie wrote them down during a practice round.

At the end of the day, the wind is still going to be blowing outside and there will be elevation changes, which these distance measuring devices aren’t going to account for that. And for anyone that’s actually used a rangefinder, getting exact yardages to anything other than a pin or solid object such as a tree, isn’t all that easy, or reliable. Most players will still opt for yardage books for certain carry numbers over hazards.

These distance-measuring devices are, after all, just devices. They don’t swing the golf club for you, players are still going to have to hit the shot. Some people seem to be forgetting that the act of actually hitting the golf ball will still be the most important part of the game, and in no way easier, all because players can quickly get accurate numbers.

My one gripe with this announcement is why do we have to test this at major championships? I get that one golf governing body had to be the first to try this out and the PGA of America only has so much to work with, but seeing how this experiment may go at a regular Tour event, maybe even test it out on the Korn Ferry Tour for a second time, after doing so back in 2017.

I believe we’ll see players use rangefinders the most on Par 3’s, within 120 yards or so with a wedge in their hand, and from unique spots after hitting a wayward tee shot, and in all three of those instances I think they will do nothing but speed up play.