8 Things That Happen On The PGA Tour That No One Seems To Talk About, By A PGA Tour Caddie 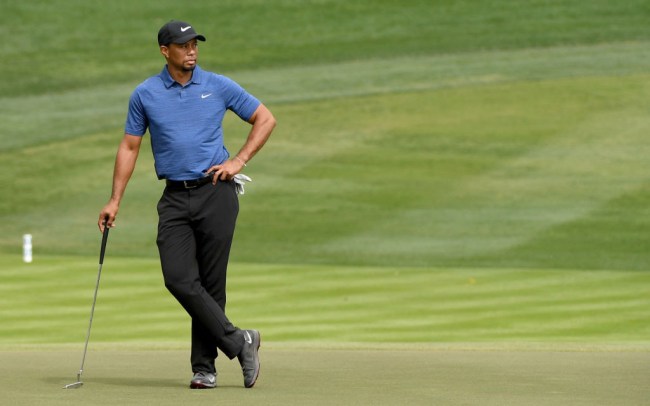 The PGA Tour is very conscious of, and concerned about, its public appearance and perception. As we’ve seen in recent weeks, everything isn’t always as it seems. Here are 8 other things — not all of them are scandalous — no one ever seems to talk about when it comes to the PGA Tour.

The Player Gifts
At every tournament, there are always players that are advertised to attend. This helps with ticket revenue, fan attendance, etc… Each tournament provides the players with a gift bag loaded up with some serious goodies: jewelry, electronics, cologne, gift cards, and tons of other shit worth sometimes thousands of dollars. As if the guys that tee it up, making hundreds of thousands (or millions) of dollars a year, couldn’t afford any of this stuff. Tournaments do this because they believe that if they shower a player with gifts, he is more likely to compete in their tournament the following year.

Some things I’ve seen in the gift bags are Tiffany bracelets, iPods, $500 restaurant gift cards, free massages, and one time even a Blackberry. Yes, that’s right a Blackberry, I can thank AT&T for that one. I was in huge need of a new phone when the tournament at Pebble Beach that year decided to give every professional a Blackberry Bold 9000 fo’ free. Thank god my player didn’t need a new phone at the time. That sucker went straight into my possession and I used it for the next 2 years. Loved that phone.

Missed Cut Partiers
The slang term out here for a missed cut is called “trunk slamming.” Generally when pros are playing a few weeks in a row on the road they won’t try to go home for two days if they miss the cut. So they book their hotel room for the entire weekend and end up having a 48-hour drinking marathon to bide their time until they get to the next stop.

Running into a fellow pro at the hotel bar 45 minutes after he played is fairly common. He’s four beers deep and the question to always ask is “you trunk slamming too, bro?” Then the night turns into something crazy. You run into groupies that saw you on Tinder last night, buy everybody shots of fireball, wake up in some foreign place you don’t recognize with some chick’s blurred handwriting on your hand and all you have to thank for it is your shitty play on the course the day before. Doesn’t sound so bad, right?

“These Guys Are Good” is the tagline of the PGA Tour, but it applies to so much more than golf. We’ll just leave it at that and let your imaginations run wild.

Gambling
Holy hell, is there a lot of gambling that goes on out here. And I don’t mean strictly on the course. Whenever we are in a town with casinos, there’s a strong chance there will be plenty of pros hitting up the tables. One time I was there I sat down to play blackjack at a $10 dollar table with another pro and was feeling pretty generous with my betting. I was playing between $30-$50 a hand and was doing ok with it. As I looked up to the pro at the end of the table, I saw he had some serious action going on. He was playing 3 hands at around $400 each. I watched the guy lose $5,000 in about 20 minutes and felt horrible that I was getting the good cards only winning a hundred bucks.

It’s no secret even some of the biggest names in golf love to gamble. It’s pretty well known that John Daly is the biggest gambler of them all. But there are plenty of others that gamble almost as much, but manage to keep their names out of the headlines.

Smoking
Everybody remembers the old school photographs of the greats like Jack and Arnie puffing down on a cig. While you may not see it happen on TV anymore, it totally still exists on tour. I would say that at least 20% of the tour still smokes on the course. Not many of the big names do it anymore, they get too much pressure from their sponsors to quit. While 20% of the players may smoke, 75% of the caddies do. One thing that it actually does help with is getting the wind direction. Unlike grass that is difficult to tell which way a light breeze is blowing when you throw it up, cigarette smoke always goes with the wind and is actually a pretty helpful tool. (I wouldn’t know though)

Tindering
Yep, Tindering. Another pro showed me Tinder back in May 2013 and I thought it was the single greatest thing to ever be put on the iPhone. I mean…come on, chicks love to hear that you’re in town for a golf tournament because dollar signs appear in their eyes (sorry ladies, I know this isn’t all of you but you know it’s true). And it’s a perfect tool for when you’re in a new city, don’t know where the cool crowded bar is, and can have an attractive tour guide to help you navigate through your night of mayhem for the week.

Sidebar: the LPGA loves Tinder too, they use it more than the guys do so they can find exactly what they’re looking for if you catch my drift.

I’ll tell you what, next time we’re in your city, change your profile to say your a pro and I’ll back you up if you need help. Always willing to help a fellow gamer out.

Drug Use
What else are you supposed to do with all of your fortune? Donate it to the church? While I’m not even going to think about throwing any individuals under the bus, I will say this: there is a lot more pot smoking that happens out there than you would think. Players get busted for it (see next category) all the time but the tour will never disclose their suspensions to the general public.

Remember when that guy hurt his pinky toe when he was out fishing? Sounds pretty fishy to me (sorry had to). Pot isn’t the only thing that goes on out there, there are plenty other recreational substances that get consumed, but the PGA Tour is very tight lipped about that stuff. When a great player suddenly takes an injury and doesn’t come back for years, you can bet that his injury isn’t the whole story. And that’s all I have to say about that.

Drug Testing
Every tournament, someone is going to randomly get drug tested. The players absolutely HATE IT. The Tour says it’s to make sure no one is using PED’s but I think they’re really just trying to find Cheech and Chong each week. It goes down like this: as soon as you sign your scorecard, a rep from the independent drug testing company will come up to you to notify you that you’ve won the lottery and randomly been selected to pee in a cup (and it usually happens after you’ve missed the cut on Friday and were really hoping a random stranger would watch you take a leak) from that point on, that stranger is at your side, everywhere you go he goes, you are not allowed to be alone until this dude literally watches you shake the last drops out of your dangle into that cloudy plastic cup. Oh, what’s that you just took a piss on the 17th tee box? No problem! You can’t leave until you’ve had enough food and (not just) water to provide the correct shade of yellow for this gentleman. Have fun!

Expenses
Yes, these guys make an assload of money. But they have some pretty high expenses while they’re out living the dream, too. Here is an assortment of things they have to pay for each week: plane ticket (and one for your WAG too), childcare (if you’re brave enough to bring those little rugrats along), hotel, food (we’re not talking Wendy’s here), caddie, taxis, EVERYTHING.

I’m not a fan of this line but I once heard a pro describe playing the tour and not making any cuts like paying for vacation with a butler each week and making no money. While that’s not entirely true, what you can take from it is a typical week will cost a PGA Tour Player just under $5,000. Last place pays $10k but you still have to make that pesky Friday Cut. If you don’t you are shit outta luck to make money that week and still have bills to pay. Being a young, unestablished, touring pro ain’t easy but being a successful one definitely pays off.