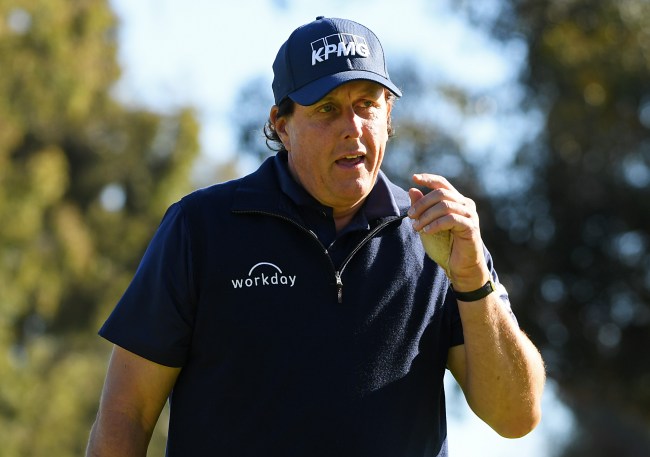 The PGA Tour approved a change in their Player Appearance guidelines that allowed for players to wear golf shorts during practice and pro-am rounds in Naucalpan and Puerto Rico on Monday. The tour required shorts to be knee length, tailored, and neat in appearance.

The amendment allowed for the two Christmas hams inserted into Phil Mickelson’s lower legs to get some fresh air.

I had no idea what toxic masculinity was until I saw Phil in shorts.

The @PGATOUR just announced that shorts are allowed for pro-am and practice rounds. Word is they saw my Insta-structionals in shorts and felt this move needed to happen. Well played, Sir. Well played!😎 pic.twitter.com/vGCM36EoEF

My girlfriend just broke up with me so she could date this photo. She’s taking all my sweatshirts too.

Somewhere in Hollywood, Johnny Drama is desperately trying to get a hold of Phil Mickelson so he can find out the identity of the miracle worker who turned Phil’s calves into chiseled boulders.

The internet was equally as aroused as I was. Did I say aroused? That’s not what I meant.

Turns out Phil Mickelson is actually that custom-calves guy from the Liberty Mutual commercial pic.twitter.com/j3ew7lc8Di

Kinda funny how Phil Mickelson's calves are JACKED, yet he can't jump 3 inches above the ground. pic.twitter.com/fgaQNYJwBT