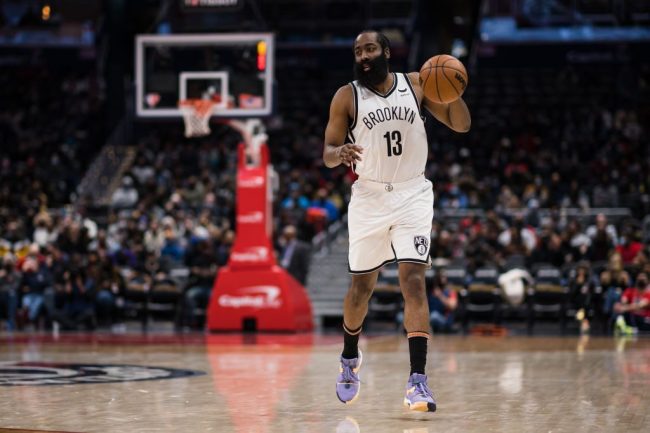 Have the Philadelphia 76ers just been given a lifeline? With the NBA trade deadline quickly approaching and Ben Simmons not budging on sitting out the whole season, it didn’t seem like the 6ers had much hope to get a deal done that they’d be happy with.

Now it would appear that they’ve been given some hope that they’ll be able to move on from their disgruntled point guard.

There have been reports in recent weeks that James Harden is open to a trade away from the Brooklyn Nets. Today, Bleacher Report dove into the issues that have opened him up to a trade.

Taxes, issues with the city, issues with his coach’s rotations, and problems with his team’s starting point guard only playing part-time all sound like good reasons to want to leave Brooklyn. The question just becomes, where exactly would he go.

According to the The Athletic, the Philadelphia 76ers are hoping to take advantage of this opportunity.

The Philadelphia 76ers now find themselves trying to make a deal to send Ben Simmons to the Brooklyn Nets in a deal that lands James Harden for the 76ers. They could try to make that deal before the deadline, or they are willing to wait and try to force a sign-and-trade once Harden is a free agent at the end of the year.

If the 76ers could pull it off, it would be an incredible move for them. James Harden and Joel Embiid would be one of the league’s best duos and would that combo would quickly make the 6ers one of the best teams in the East.

Unfortunately, I don’t believe this makes any sense for the Brooklyn Nets. It’s hard to picture Ben Simmons fitting in with Kyrie Irving and Kevin Durant given that he can’t accomplish much off the ball.

It also wouldn’t be a great move to trade Harden within their division. That could make them the second best team in their own division if they were to make the move.

The trade deadline and offseason are getting very interesting in the Atlantic Division.