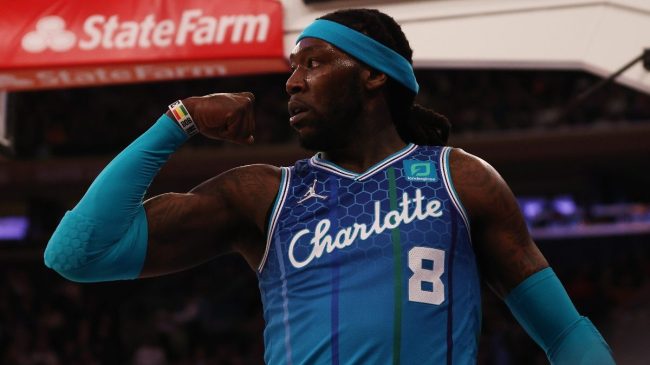 It’s been a rather crazy offseason for Montrezl Harrell. Back in May, the veteran center was charged with a felony drug charge after being pulled over by police. It wasn’t looking great for Harrell at first, but things are turning back in his favor. That’s especially true now that he’s officially signed a two-year deal with the Philadelphia 76ers right before the 2022 season tips off.

According to Sports Illustrated, “it was reported last week that a felony marijuana trafficking charge against Harrell in Kentucky has been reduced to a misdemeanor possession charge.” After more information was released about the incident, the veteran center was able to dodge a felony charge and get back to playing in the NBA. The 76ers are likely feeling great because they now have a strong backup for Joel Embiid.

Although the felony drug charges were dropped, Montrezl Harrell isn’t quite in the clear yet. Even so, it sounds like he’ll be just fine soon, per Sports Illustrated. “The charge will be expunged from his record so long as he stays out of legal trouble for the next 12 months.” This is great news for Harrell and the 76ers, as this should be an easily accomplished feat.

We’re just glad Montrezl Harrell can play basketball again. He was originally pulled over for following a vehicle too closely. The officer just happened to smell marijuana and searched the vehicle. Regardless, the 76ers are in a great spot as they have the roster to go the distance this season.

Look for Harrell to make an immediate impact as he provides a major spark off the bench. His rebounding tenacity and defensive awareness should help the 76ers make a deep run in the playoffs.