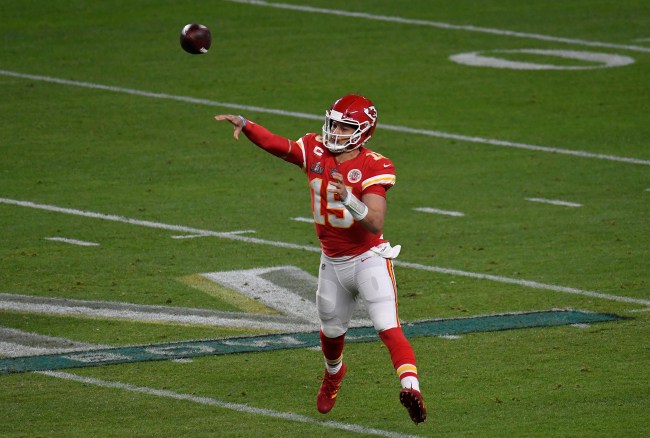 The Philadelphia Eagles are statistically the NFL team with the biggest axe to grind with the current rules, submitting four of the seven playing rules proposals for the upcoming season.

The modification of the blind side block, expansion of to include scoring plays and turnovers negated by a foul, and restoring the preseason and regular season overtime to 15 minutes aren’t as juicy as Philly’s proposed amendment to Rule 6, Section 1, Article 1.

By Philadelphia: to provide an alternative to the onside kick that would allow a team who is trailing in the game an opportunity to maintain possession of the ball after scoring (4th and 15 from the kicking team’s 25-yard line).

This is a rule change that has been floated in season’s past, especially in the wake of the rule changes restricting the kicking team from running starts on kickoffs that have made onside kick attempts nearly impossible to recover.

The league rejected a similar proposal last season brought forth by the Denver Broncos, who suggested the scrimmage play would occur from a team’s own 35-yard line, rather than Philly’s 25-yard line proposal.

The prospective change has ignited some strong opinions on the internet.

The Eagles with a great proposal to eliminate the onside kick by having the team that wants to maintain possession run a fourth-and-15 play from its own 25. That play would rule.

Adopt this instead of the onside and then take the XFL kickoff and do it at every level of football. https://t.co/CCHpWsmCbU

That’s a philly idea If I ever heard one… Terrible idea, Patrick Mahomes converts 4th and 15 in his sleep, an onside kick is suppose to be nearly impossible. Stick to cheesesteaks @Eagles https://t.co/oSMr4EByQA

Why do they deserve a better chance at converting? That’s penalizing the team that is leading. Stupid.

I hate that onside kick replacement play so much…if you're down two scores late tough shit, had 55+ minutes to play better https://t.co/9GwQjsga26

@dmac1043 kills me when u guys r clamoring 4 the onside kick improved. Onsidekick is a gimmick 2 begin with!! Would b like if the NBA after u scored u told them hey if you can make a 3/4 shot u can keep the ball. NO. you're losing score more fucking points when u have the ball

Instead of the onside kick, just have the teams have a tug of war to determine who gets possession of the ball.

I’d fuck with that last one.