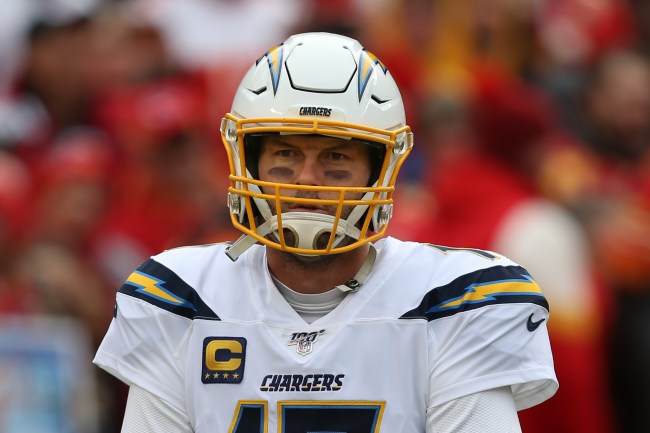 Future Hall of Fame quarterback Philip Rivers just posed a question to the NFL that would really cause an absolute nightmare for the league: What happens if, prior to the Super Bowl, a player tests positive for COVID-19? Given the magnitude of the Big Game, Rivers wondered during a recent league conference call what the protocol would be — and, according to Tom Pelissero of NFL Media, the player would need to follow updated rules about isolating and missing the contest, unless he got two negative tests 24 hours apart.

#Colts QB Philip Rivers raised a big question on NFLPA call Friday: If a player tests positive for COVID-19 during Super Bowl week but is asymptomatic, would he have no choice but to sit?

Answer was yes — but if he later has two negative tests 24 hrs apart, he could be cleared.

Now, most of us might not want to address that elephant in the room, but, the fact of the matter is, it exists — and Philip Rivers was right in asking the question. If Rivers’ scenario were to happen, oh boy, it’d be a fucking shitstorm for the NFL to have to deal with.

Following the NFL’s response to the ongoing pandemic and how the league’s working to adapt, teams received protocols about how a player testing positive for COVID-19 would have to be treated. See Pelissero’s tweet below for an explanation.

According to protocols the NFL issued to clubs late Friday night, five days need to pass after an initial positive test — in addition to two consecutive negative tests separated by 24 hours — for an asymptomatic individual to return. More in this chart: https://t.co/1nzMZ0lez3

Now, back to Philip Rivers’ question — and how the league would have to deal with it.

While that’s the right thing to plan for, sheesh, how much of a disaster would that be? To even think about the possibility of taking Mahomes off the field in favor of Moore because of a positive COVID-19 test has to keep Commissioner Roger Goodell up at night. Of course, the alternative would be hiding (or delaying) the test results until after the contest in order for the former league MVP quarterback to play — but that’d be an even bigger issue if word ever leaked that the league pulled such a move.

With so much uncertainty regarding the NFL this upcoming season, Philip Rivers was just making sure the league has some semblance of a plan for all scenarios. And, while nobody wants to even think about the possibility of a player being forced to sit during the Super Bowl because of a positive COVID test, the fact that the league is on record as to how that would be handled means they have to stick by it — no matter how difficult it could be in the moment. Here’s to hoping we don’t have to see this be enforced and all runs smoothly.