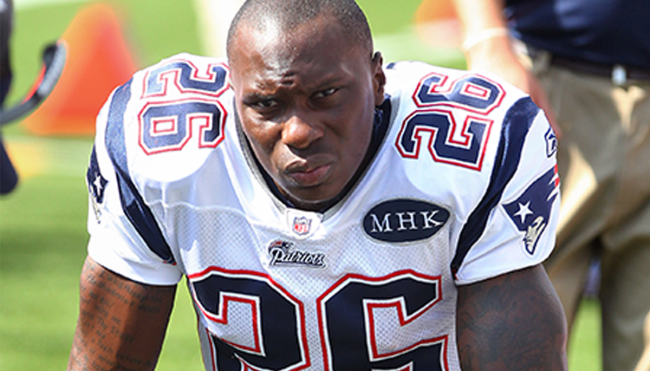 On Wednesday afternoon, police in South Carolina were dispatched to a home near the city of Rock Hill after receiving reports concerning a possible shooting before entering the house to discover the bodies of five people who had been killed. In a press conference, a spokesperson revealed the identities of the victims of this truly heinous crime, saying it claimed the lives of the young grandchildren of a doctor, his wife, and another family member.

The sheriff’s office said they discovered another man at the scene who was hospitalized with serious gunshot wounds and eventually found a possible suspect in the area before obtaining a warrant to search his house. While it’s currently unclear who the person was, the Associated Press reports a source familiar with the investigation say police now believe the perpetrator was former NFL player Phillip Adams, who committed suicide shortly after midnight on Thursday.

On Thursday morning, WCNC spoke with Adams’ father Alonzo, who told the outlet, “He was a good kid. I think that football messed him up” (the cornerback suffered at least two concussions during the 2012 season, although there’s no way of knowing how many he had over the course of his six years in the NFL or the four years he played at South Carolina State).

The last thing I want to do here is to draw attention from the people who were killed in this tragedy, nor do I want to speculate about what actually led Adams to do what he did. However, it’s very hard to ignore what his dad said concerning the role his football career may have played, and while I fully acknowledge there’s no way of knowing that was actually the case, I feel like it’s time to have a serious conversation about the darkest consequence of the toll football takes on the people who play it.

The NFL has done everything in its power in an attempt to rewrite its long history of minimizing the ample amount of evidence concerning the long-term impact of trauma caused by the concussions that the vast majority of football players will suffer at some point in their career.

The Concussion Legacy Foundation has spent years examining the incredibly concerning repercussions of CTE, and there is a fair amount of evidence that suggests it may have been a factor in the deaths of multiple players who’ve committed suicide in addition to athletes who claimed the lines of others before taking their own.

That list includes former WWE wrestler Chris Benoit, a former linebacker for the Chiefs who killed his girlfriend before shooting himself, and Aaron Hernandez, who was found to have the most severe case of CTE ever observed in a person of his age after he hung himself in the prison where he was serving a life sentence for the murder of Odin Lloyd.

You do have to give credit to the NFL and the NCAA for making strides in an attempt to minimize head injuries (although it’s hard to ignore how long it took for them to do so). It’s also obviously impossible to blame those organizations for playing a direct role in the deaths that may or may not have stemmed from those repeated blows. It’s easy to understand why they’d prefer to avoid addressing this particular topic, but at the same time, it feels like this disturbing trend needs to be talked about.

The FDA recently approved a promising device that’s been shown to dramatically reduce the risk of brain trauma in contact sports, but there’s currently no way to reverse CTE once it appears. Is there an easy solution when it comes to preventing more of these awful incidents from happening? Not really. However, you have to think there’s a chance that could change by both shining a light on the issue and making a concerted effort to provide former players with treatment that could possibly minimize the risk of more of these tragedies unfolding in the future.