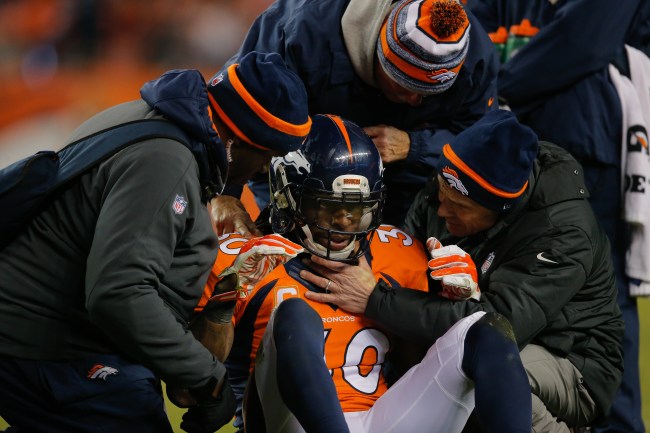 A new CTE study from neuroscientists at Boston University reveals just how dangerous playing in the NFL really is on the brain. While fans and players talk about the sport as being gladiator-like, given the amount of head and neck injuries that occur due to the constant helmet-to-helmet hits, the research reveals just how risky putting on some pads and a helmet really is.

That’s because, per DailyMail, the odds of an NFL player developing CTE increases by a whopping 30 percent with each season he plays. If that’s not terrifying information for any former, current or future athlete in the sport, I don’t know what is.

According to the study, the information on CTE came from neuroscientists at BU analyzing the brains of 266 dead players, all ranging from various competitive levels like professional to amateurs. Scarier than the results of the increased odds of getting CTE is that, for those players who competed for three years — the average length of an average NFL career — odds of developing CTE doubled.

The biggest ever study into American football brain injuries in 2017 diagnosed CTE in 99 percent of post-mortem exams of former NFL players’ brains. Boston University researchers were also behind that project to identify if a direct link exists between concussions on the field and dementia.

The latest study included brain autopsies of 223 football players with CTE, and 43 without.

The study also showed that football players who played for more than 14-and-a-half years were 10 times more likely to develop CTE than those who played fewer. But, according to the study, several players with careers 15 years or longer did not have evidence of CTE, which is both surprising and positive; however there’s no evidence as to why that might be.

Likewise, the CTE study found no link between the position a guy played and the degenerative brain disease, even though players like linebackers, offensive lineman and running backs are the ones with the most high-impact hits throughout their careers.

Dr Mez, director of the Boston University Alzheimer’s Disease Center Clinical Core, had this to add from the results of the study:

“We hope that these findings will guide players, family members and physicians in making informed decisions regarding play.”

CTE is prevalent in other sports as well, but because of it’s violent nature, football is the most common one where the brain disease tends to occur. And, while the NFL can do what it needs to in order to prevent big hits during games, the constant pounding of helmets may be worse for players’ brains than one or two massive collisions. And with no cure for CTE, it’s a degenerative disease that guys can’t get rid of as they age and just need to try and deal with.