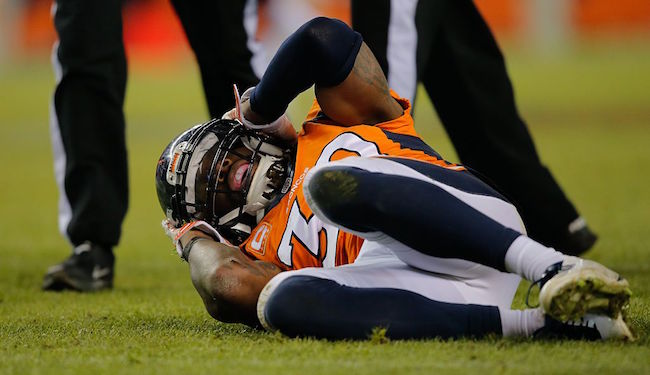 Over the past few years, NFL fans have had to tackle the moral issues that come with getting a rush of dopamine (or, if you’re a Browns fan, the blanket of eternal misery) from watching a sport where players on the field face the prospect of dealing with brain damage every single time the ball is snapped. When you consider 99% of football players who’ve had their brain examined after death show signed of CTE, it’s hard to ignore the how much of an impact concussions can have on a player’s long-term health (but that’s not going to stop Roger Goodell from laughing about it).

As more and more players cite their long-term health as the reason for retiring from the sport, the NFL has taken some steps to address the problem— the most visible of which is the consistently inconsistent “concussion protocol.” It’s worth noting this is the same league that decided to stop spending money on concussion research a couple of years ago because there’s nothing more American than football and hypocrisy.

Thankfully, there are some people out there who actually seem to care about the health of football players, including a group of middle school students at New Jersey’s Cavallini Middle School. According to The New York Post, four students are working on a project called “Head Safe” in an attempt to make a football helmet capable of detecting a concussion as soon as it happens.

Together, the kids and their teacher then developed a sensor that is placed inside a football helmet and uses an accelerometer to detect a possible concussion based on the force of the hit.

The data is then sent through a Bluetooth device to an app, which alerts a coach when there is a potentially dangerous blow to the player’s head. The sensor calculates linear acceleration and also records vibration and shock.

The NFL recently banned certain helmet styles for failing to provide sufficient protection, which is certainly a step in the right direction. I’m sure Roger Goodell— a man who loves acknowledging the mere existence of concussions— will be the first person on the phone with these kids.