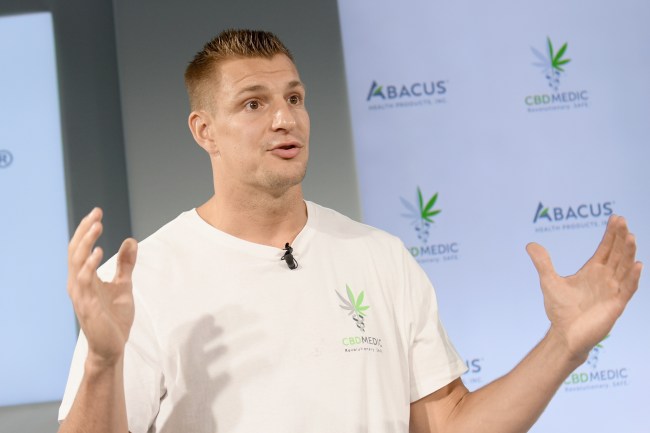 Yesterday afternoon former New England Patriots tight end Rob Gronkowski raised some eyebrows when he said that he would allow his child play football despite having suffered 20 concussions during his NFL career because he would teach him that all injuries are “fixable” including head injuries.

.@RobGronkowski told CBSN's @reenaninan that he'd let his son play football ––only after educating him about what he went through in the game.

He said he had about "nine surgeries, probably had 20 concussions" playing football. https://t.co/CYw25maOgo pic.twitter.com/dltWn6Y4k2

“I would let my son play football, but first off I would educate him on the game. Educate him on what I went through. I truly believe any injury that you receive is fixable. I went through it. I had nine surgeries. Probably had like 20 concussions in my life, like no lie. I remember five, like blackout ones.”

Gronk was immediately blasted by experts in the field who disagreed with him saying that severe head injuries are fixable.

.@RobGronkowski I appreciate and respect that you have the guts to talk honestly about #concussions and #CTE. But right now #CTE cannot be fixed- I invite your help in changing that. https://t.co/2kQ0enxdV3

Gronk went on to double down by saying that he “fixed” his CTE.

It is fixable. I fixed mine. There are plenty of methods in this world that allow the brain to recover from severe damage. That is also why I would allow my kid to play football. https://t.co/9aI1olAdqP

How you know it's fixed? Currently only an autopsy can even determine the level of severity and damage

For someone to tell you they fixed it they would have to have the ability to measure the damage and the healing done over the course of the treatment ?

None of that exists?

Love ya Gronk, but not exactly true. Symptoms can go away, especially the severe ones, but the underlying damage of something like CTE (and how it progresses) currently can't be "fixed". I get what you're saying though, taking care yourself can certainly alleviate many symptoms.

You are right about brain plasticity, and I am glad you are feeling great today, but neurodegenerative diseases (CTE, Alzheimer's, etc.) cannot be "fixed" or cured today. They eventually win. Please come on over to the BU brain bank next week and we can discuss the nuances. https://t.co/FxlzRi1BEU