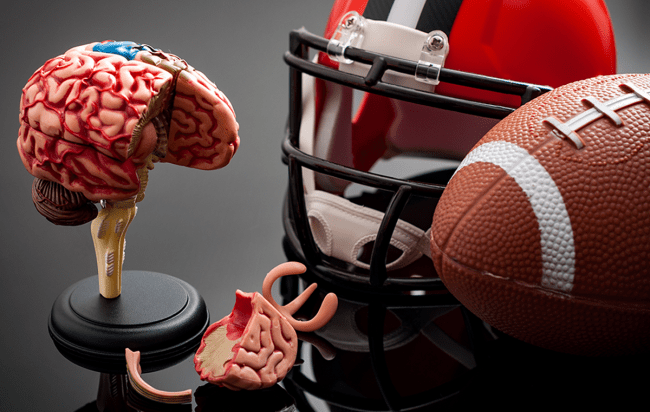 It’s kind of wild how long the NFL tried to pretend there isn’t anything particularly dangerous about incredibly large men colliding with each other at high speeds only to end up lying motionless on the ground for an extended period of time on a regular basis—especially when you consider it spent years turning a blind eye to research concerning the long-term repercussions of head trauma.

Of course, the league wasn’t the only organization that was happy to prioritize highlights over the health of its players, as ESPN had no qualms about celebrating hits in the “Jacked Up!” segment that quietly disappeared from the network after conversations concerning concussions and CTE became too loud to ignore.

In 2015, a study of the brains of over 90 former NFL players who donated the organ to researchers following their death discovered 96% of them showed evidence of CTE, and there have been plenty of horror stories concerning athletes who’ve had to deal with the devastating impact of the brutal impacts they were subjected to over the course of their career.

The football world has made strides when it comes to addressing the issue in recent years, as leagues have cracked down on hits to the head and instituted concussion protocols. Companies have also continued to refine helmet designs to make the game safer, and a few years ago, a group of middle schoolers even developed a way to detect concussions the moment they happen.

Now, there’s a new piece of equipment on the market that is poised to be a literal game-changer when it comes to contact sports, as the FDA recently announced it has given its seal of approval to the Q-Collar, a device that was designed by a group of doctors over the course of seven years that appears to be capable of dramatically reducing head trauma when worn.

While the research that led to its creation may have been fairly complex, the Q-Collar itself is pretty simple: it’s a ring you wear around your neck that  “applies compressive force that increases blood volume to help reduce movement of the brain”—colloquially referred to as “slosh”—to minimize the impact of it hitting the skull.

The Q-Collar has been at the center of a number of clinical studies, and in the one that led to it being granted FDA approval, 77% of the 145 high school football players who helped test it didn’t experience any major changes to the “white matter regions” of the brain compared to the 73% of non-wearers who had “significant changes” detected in the tissue after undergoing an MRI.

There’s obviously still plenty of work to be done in this realm, as unlike Rob Gronkowski would lead you to believe, there’s no currently no effective way to dramatically reduce symptoms of CTE after the fact. With that said, you can only hope this is a big step in the right direction.