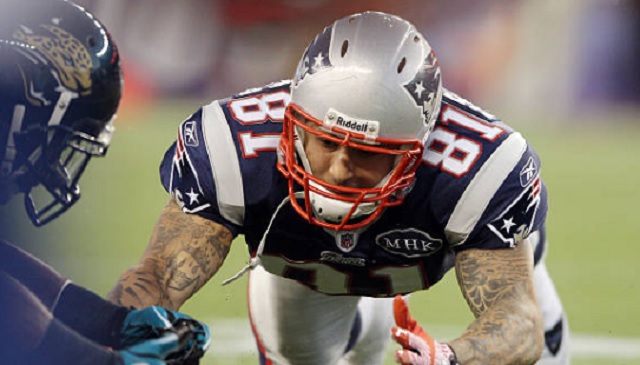 Listen, I’ve been working on the internet for a few years now and have written some moronic stuff. Sometimes when I’m on the train home from work, I think to myself ‘I hope no one reads that pile of horse dung.’ Usually I’ll get called a ‘mouth breathing neanderthal’ in the comment section and I can do nothing but take a long drag of kitchen cleaner, nod my head and take my well deserved beatdown.

But, there is a stark difference between writing some asinine garbage and whatever Philly Inquirer journalist Bob Brookover wrote last night.

Ok, Bob. We’re all in the business of driving clicks. And I know you’re a Philly guy who inherently holds a bias, but holy shit dude. This would be over the line for a satire piece.

I feel dirty linking to the article, but it’s like a car crash–you can’t look away. If you want to keep your brain cells, the argument the dude makes is that because Hernandez smoked weed in college and his moods were unpredictable, he was destined to be a cold-blooded murderer. There is not even the slightest leap in logic there. A + B = H omicide.

I want you to try as hard as you can to make sense of the following paragraph.

The shame of the matter is that the Patriots, and specifically coach Bill Belichick, acted as if they could not possibly know something so awful would ever happen despite the fact that Hernandez had a troubled past at the University of Florida and in his hometown of Bristol, Conn.

HEY BOB I’M PRETTY SURE WHEN THE PATRIOTS HANDED HIM A $40 MILLION CONTRACT THEY DIDN’T THINK HE WAS A SERIAL KILLER.

You still with me?

Would you consider a “troubled past” to be pleading guilty to involvement in a  dog fighting ring that oversaw the torture and death of countless good boys? I think we’d all agree that would be categorized as a red flag. But what did your Eagles do? Handed Michael Vick a $100 million contract.

Maybe Bob wraps up the piece marred with malicious non-sequitors in a cohesive, thought-provoking way. Probably not. But maybe.

The Patriots or Urban Meyer, who was the coach at the University of Florida when Hernandez played there, should have done more when they saw the signs of trouble.

…Once he no longer could help them, it became a sin to even speak the name Aaron Hernandez. Maybe it’s not a coincidence that the NFL team that has had the most success in this century also had to deal with the league’s greatest tragedy.

Umm Belichick won’t even tell you who is on the injury report, in what world would it be in good taste to revisit this?

Belichick: “I thought Tom played well. Defense played okay. Lotta work today. We made a mistake on Hernandez. He’s a murderer. Oops. We’re on to Cincinnati.”

It’s just a hack job piece. No need to let this be the tipping point in you snapping. Your life has been far too shitty for this dick to drive you over the edge.