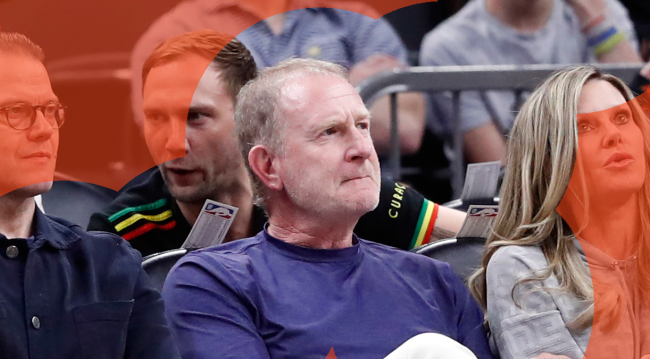 In a story that sounds eerily similar to that of the NFL’s Washington Commanders, who are currently under investigation by the Congressional House Oversight Committee, a former employee of the Phoenix Suns says that organization has a toxic and misogynistic workplace culture.

Melissa Fender Panagiotakopoulos, who had been with the Suns since 2007, most recently as the team’s senior premium experience manager – a position she had held since 2014 – resigned in late May citing gender equity and misconduct within the organization, reports ESPN.

Panagiotakopoulos reportedly sent her resignation letter to 16 members of the Phoenix Suns’ ownership group claiming that her job had become “more intolerable and toxic than ever” and alleging that she experienced bullying from team supervisors and alerting them to her perception that the organization has “never been more dysfunctional, and the culture is rapidly eroding.”

In the email, which was also sent to the Suns’ head of human resources, Panagiotakopoulos offered a list of allegations, saying that “each of these points create the culture and make up the character of our leadership.”

She alleged that there were “inherent conflicts of interest with managers’ ability to receive commissions, cherry pick deals, revise suite lease terms to line their own pockets, and operate in a different manner than the rest of the sales organization with no true consistent systems or oversight.”

She also alleged inequities and gender discrimination, writing, “Is it a coincidence that I have been the only mother in the entire sales organization for the last 15 years? Is it because certain males were being paid more in equivalent roles?”

“As a working mother, when I requested the same flexibility, I was denied,” Panagiotakopoulos added in her resignation letter. “I have observed these kinds of inequities throughout the Suns organization, and I have personally experienced the kind of gender-based misconduct described in recent media reports. And when I attempted to share my concerns with HR and leadership (including individuals at the highest level), I was dismissed – and once was even told to ‘take a cold shower.'”

The Phoenix Suns ownership group responded to the allegations in a statement provided to ESPN, writing, “We have been made aware of allegations by a former employee and are investigating them, consistent with our Respect in the Workplace Policy. The Phoenix Suns are committed to creating a safe, respectful, and inclusive work environment free of discrimination and harassment, and we do not tolerate retaliation for the reporting of alleged misconduct.”

Last November, an ESPN report accusing Phoenix Suns owner Robert Sarver of racism, sexism, and sexual harassment led to an investigation by the NBA which is still currently underway.

Sarver has denied the allegations made against him and was not mentioned specifically by name in Panagiotakopoulos’ resignation letter.

NBA Commissioner Adam Silver said last week that the league’s investigation into the November report was “getting close to the end.”

“It’s a complex investigation,” Silver told Yahoo Sports. “There are hundreds of people who are involved and need to be interviewed. And we also want to make sure we protect the rights of everyone involved. So these things by nature, I know what frustrates people, do seem to take a lot of time, but we’re certainly getting very close to the end.”

It remains to be seen if this new set of allegations and information released by Panagiotakopoulos alters that timeline.