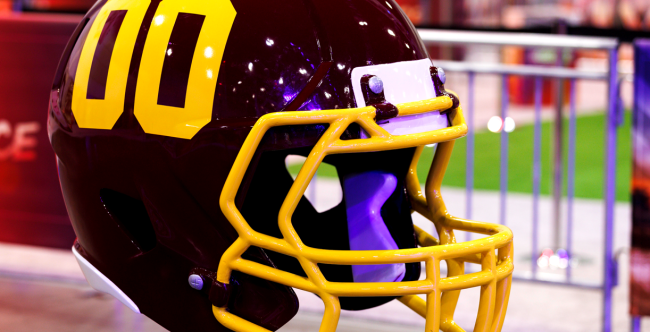 Earlier this month, the Congressional House Oversight Committee investigation of the Washington Commanders and the team’s treatment of women and minorities in the workplace has been expanded to include possible financial irregularities in the organization’s front office.

On top of that, as a result of the Congressional investigation into the Commanders, Letitia James, the New York attorney general, as well as attorneys general from Illinois, Massachusetts, Minnesota, Oregon and Washington state say they too may open investigations into the NFL over its workplace culture.

On Wednesday, Mike Florio of ProFootballTalk.com spoke with The Dan Patrick Show about the very real consequences Commanders’ owner Daniel Snyder, the team’s co-CEO, his wife Tanya Snyder, and other employees of the team are now facing.

“People could go to jail. How about that?” Florio told Dan Patrick. “It took a turn. We’ve seen it unfold over the past few days and I think one of the realities with the Washington Commanders is there’s been this ‘drip, drip, drip’ for the past couple of years, and nothing ever happens. So we think each new story is just another ‘drip’ that’s not going cause anything to happen.

“Yesterday was different. Yesterday was a Congressional Committee referring to a federal agency with copies to the Attorneys General from three states with jurisdiction over the Washington Commanders, claims that the organization engaged in two types of financial fraud. One, that the team shorted revenue that should have gone to the league for distribution to all teams. That’s troubling and again these are allegations, but they’re made by somebody who worked for the team for 24 years.

“The other allegation which could result in criminal prosecution, the idea that they had a deliberate scam in place, again allegedly, I’m not looking to get sued today or any day for that matter, but the notion that they were keeping security deposits made by their best customers, the people who bought season tickets year in and year out, no matter how crappy the team was they kept coming back, and there was supposedly some sort of a scam to keep their security deposits, to make it very difficult to get them back, so people just say, ‘screw it, I’m going to quit trying,’ that to me is the thing that could launch a prosecution, grand juries, indictments and you work your way up to the ladder until you get to the very top and all of a sudden Daniel Snyder’s got a lot more to worry about than losing his team.”

Florio also added, “It least 24 owners would be required to force him to sell, but I think one of the reasons the league has been reluctant, first of all, the league doesn’t want to hold Daniel Snyder to a standard that then would potentially apply to other owners. They’re protecting the other owners in protecting him.

“But I think they also don’t want to get into a fight with Snyder because he will fight and fight and fight and it will be ugly and it will be nasty and there’ll be dirty laundry everywhere. But the league at this point may just simply step back, let this thing play out, let’s see if there’s prosecution, let’s see if there’s pressure placed on Daniel Snyder by others to get out of this business, that may be the easiest path out of this for the NFL.”