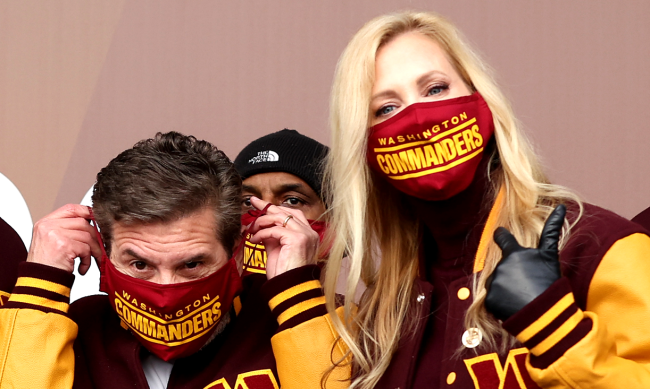 As the Congressional House Oversight Committee investigation into numerous allegations of workplace harassment and financial irregularities in the Washington Commanders’ front office rolls on, the attorneys general of six states now say they too may open investigations into the NFL over its workplace culture.

The New York Times reports that Letitia James, the New York attorney general, as well as attorneys general from Illinois, Massachusetts, Minnesota, Oregon and Washington state, issued a statement this week asking victims and witnesses of discrimination at the NFL to file complaints with James’ office.

“All of this is entirely unacceptable and potentially unlawful,” the attorneys general wrote in a letter, adding that they would use “the full weight of our authority to investigate and prosecute allegations of harassment, discrimination, or retaliation by employers throughout our states, including the National Football League.”

This new legal twist comes in the wake of a February New York Times report in which more than 30 women who worked for the NFL “described a stifling, deeply ingrained corporate culture that demoralized some female employees, drove some to quit in frustration and left many feeling brushed aside.”

It also comes, in part, as a result of the lawsuit filed by former Miami Dolphins coach Brian Flores who sued the NFL for racial discrimination in its hiring practices.

Congress has now reportedly received 210,000 pages of documents as part of its investigation into the Commanders

According to Front Office Sports, as of Feb. 4 nearly 80,000 pages of documents had been sent to the House Oversight Committee with regard to the ongoing investigation into the Washington Commanders.

That number has now reportedly reached 210,000 and includes “those produced by Beth Wilkinson, the former assistant U.S. Attorney who led the NFL’s first outside investigation into allegations the Commanders fostered a hostile work environment.”

Related: Daniel Snyder Reported To Have Actively Sought To Disrupt NFL’s Investigation Into The Team

Washington Commanders owner Daniel Snyder is still currently banned from participating in the team’s daily operations. Snyder’s wife and co-CEO of the Commanders, Tanya Snyder, is currently handling the franchise’s day-to-day duties in his place.

In addition to this new legal threat, the ongoing Congressional investigation into the Commanders, and the Brian Flores lawsuit, NFL commissioner Roger Goodell is also currently having to deal with what to do with new Cleveland Browns quarterback Deshaun Watson.

Last week, Goodell said there was no time frame for making a decision with regard to Watson, but that “the personal conduct policy is something that is very important to us, and it does not need a criminal violation in order to pursue it.”