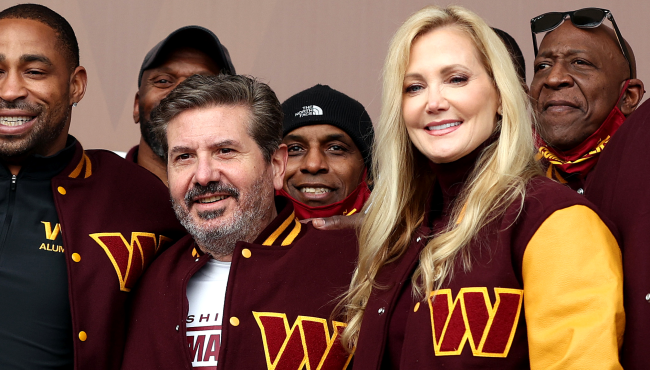 The hits just keep on coming for the Washington Commanders, the team’s owner Daniel Snyder, and his wife Tanya (a former fashion model who is now the team’s co-chief executive officer). Congress is now expanding its ongoing investigation of the team to include a probe of alleged financial irregularities.

The investigation into the Commanders by the House Oversight Committee, which began began as a probe on the team’s workplace culture, is being widened after Congressional investigators received information which claimed the Commanders used two different sets books to track the team’s finances.

The timing and number of subpoenas, as well as who specifically will be targeted, was not immediately known. FOS has learned some of what investigators are seeking through a series of interviews, most on the condition of anonymity, for fear of retaliation or because details of the investigation have not been made public.

• The debt load Snyder has undertaken could be impacting the team’s finances. Snyder received a debt waiver from the league’s owners at the NFL’s annual meeting a year ago in order to finance a large chunk of the nearly $1 billion used to purchase the 40% of the franchise he didn’t already own.
• The committee is seeking interviews and documents related to allegations that the Commanders used deceptive accounting practices. Per the NFL’s Constitution and Bylaws, clubs are required to submit a certified audit report annually.
• Investigators also received allegations of pay disparity between male and female employees, including bonuses.

Congress continues to uncover problems within the Washington Commanders organization

“The Committee continues to investigate the hostile workplace and culture of impunity at the Washington Commanders as well as the National Football League’s inadequate response and lack of transparency,” a spokesperson for the House Oversight Committee said in a statement to Front Office Sports. “The Committee will follow the facts wherever they may lead.”

Related: NFL Fans Call Out Jerry Jones For His 2-Word Response When Asked About The WFT Investigation

The Washington Commanders, of course, denied any wrongdoing.

“The team categorically denies any suggestion of financial impropriety of any kind at any time,” the Commanders said in a statement Thursday. “We adhere to strict internal processes that are consistent with industry and accounting standards, are audited annually by a globally respected independent auditing firm, and are also subject to regular audits by the NFL. We continue to cooperate fully with the Committee’s work.”