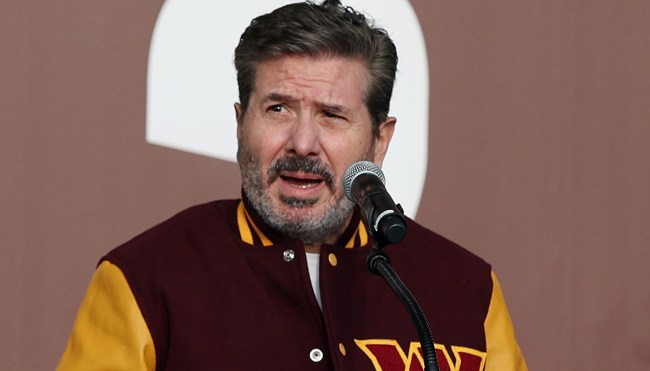 It’s been over 20 years since Dan Snyder became the primary owner of the NFL franchise that is now known as the “Washington Commanders,” and there is perhaps no better way to sum up his tenure than a reworked version of a tweet that was inspired by another polarizing figure who was frequently at the center of various scandals that unfolded in the nation’s capital.

Snyder spent more than two decades vehemently refusing to abandon the “Redskins” moniker before finally succumbing to outside pressure in 2020. However, it turns out that particular issue had nothing on the ones he and the team have encountered since its resolution, including:

Earlier this month, Snyder and the Commanders ended up at the center of yet more controversy after Congress was informed the franchise may have skirted an NFL-mandated revenue sharing program concerning ticket sales. Last week, we learned the House Oversight Committee had hundreds of thousands of pages of potentially relevant documents at its disposal, and it would appear the pieces of the puzzle are beginning to come together based on a recent development.

According to The Washington Post, the committee sent a 20-page letter to the Federal Trade Commision in which it informed the regulatory agency it has uncovered evidence that suggests “senior executives and the team’s owner, Daniel Snyder, may have engaged in a troubling, long-running, and potentially unlawful pattern of financial conduct.”

The letter also gave us our first look at the specific ways in which Snyder and Co. may have broken the law, and the outlet highlight some of the most notable accusations so far:

“The letter says Friedman told committee members the team maintained “two sets of books,” including one set of financial records used to underreport certain ticket revenue to the NFL. The letter cites documentation that the team’s financial improprieties may have extended to tickets registered in Commissioner Roger Goodell’s name.

It references evidence that it says indicates the revenue gained by the team through these practices was known internally as “juice,” and it details allegations that the Commanders improperly attributed such revenue to being derived through a Navy-Notre Dame college football game at FedEx Field or a Kenny Chesney concert, so that it wouldn’t be part of the NFL’s revenue-sharing pool.”

I’d like to see ol Danny Snyder wriggle his way out of this jam.