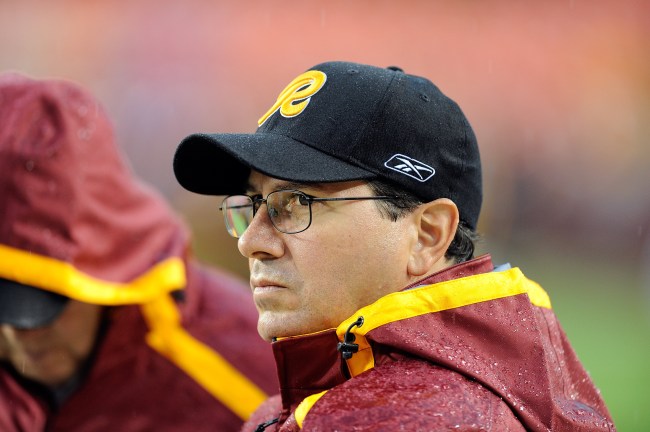 After literal days of D.C. sportswriters teasing that a bombshell story about the Washington Redskins was going to drop, the Washington Post has finally published their story, which features 15 separate women accusing Washington higher-ups of sexual harassment.

The article — written by Will Hobson and Liz Clarke — cites Emily Applegate and other 14 women, speaking on the condition of anonymity, who accuse the Washington organization of sexual harassment.

“It was the most miserable experience of my life,” Applegate, who worked as a marketing coordinator for the team from 2014 to 2015, said.

The report states that the allegations of harassment, which reportedly occurred between 2006 and 2019, fall under two different categories: “unwelcome overtures or comments of a sexual nature, and exhortations to wear revealing clothing and flirt with clients to close sales deals.”

Despite the apparently rampant culture of sexual harassment, the report states that none of the 15 women accused embattled team owner Dan Snyder or former team president Bruce Allen of inappropriate behavior with women employees. Snyder is far from innocent, though, as Snyder three former members of his executive staff accused him of routinely belittling employees, particularly Greene for his history as a male cheerleader in college.

“After one executive staff meeting, according to one former employee, Greene said Snyder had ordered him to do cartwheels for their entertainment,” the report states.

When asked for comment, Washington released the official statement in regards to the allegations:

“The Washington Redskins football team takes issues of employee conduct seriously … While we do not speak to specific employee situations publicly, when new allegations of conduct are brought forward that are contrary to these policies, we address them promptly,” the team said.

Neither Snyder — who has owned the team since 1999 — nor Allen provided an official statement to the Washington Post.

The allegations of sexual harassment come, conveniently, the same week that Washington finally announced that they would be changing their controversial nickname.