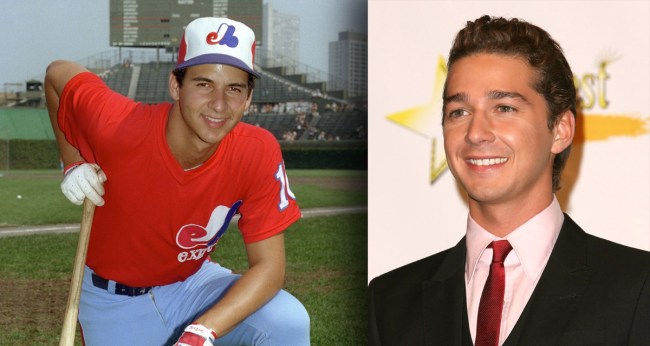 If actor Shia LaBeouf is ever wondering what he is going to look like in 28 years, apparently he need look no further than two-time World Series champion manager Terry Francona.

Francona, a two-time American League Manager of the Year and current skipper of the Cleveland Indians, was born on April 22, 1959 in Aberdeen, South Dakota.

LaBeouf, a two-time Teen Choice Awards winner and currenttly appearing in The Peanut Butter Falcon, was born on June 11, 1986 in Los Angeles, California.

So we know that they are NOT the same person.

Still… look at this…

In another twist of timing, Francona was also the manager of the Double-A Birmingham Barons and in charge of hot baseball prospect Michael Jordan when he was trying to make his way through the Chicago White Sox organization. An experience Francona said last year was the best learning experience he ever had.

As for how he handled MJ, it doesn’t sound like it was really any trouble.

“I think he knew like where he was in his progression,” Francona added. “He often used to say, ‘Hey, there’s 23 guys on this team that are better than me,’ and I think he also respected the amount of money the guys weren’t making, but I got a chance to see him with his guard down, which not a lot of people do.

“When you’re on a bus for 12, 13, 14 hours, nobody could get at him, and I think he loved it because he could let his guard down. I think he enjoyed the competition of when somebody tells him, ‘No,’ he’s going to make the answer be, ‘Yes.’”