Rookie Pro Shares How LIV Golf Recruited Him, Why He Turned Down ‘Crazy’ Offer 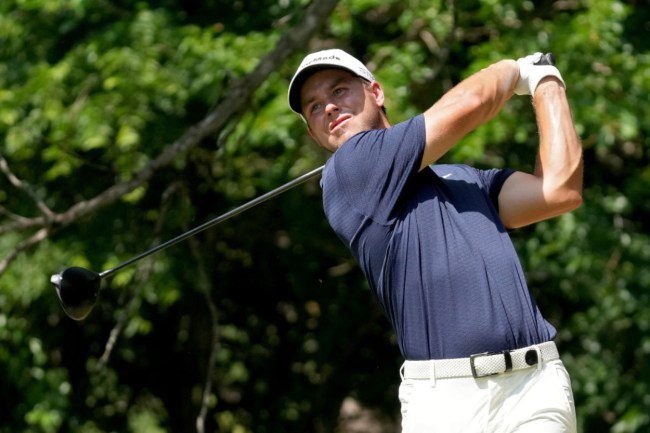 Pierceson Coody finished first in the 2022 PGA University Series earning a Korn Ferry Tour membership. As one of the top amateurs in the world, LIV Golf not only circled his name as a potential player but sent over what he described as a “multi-million dollar offer.”

According to Art Stricklin of GOLF, the Saudi-backed league made its offer while Coody was finishing up his senior year at Texas.

With plans to turn pro after his college season wrapped up, Coody had a decision to make: go grind on the Korn Ferry Tour in hopes to earn a PGA Tour card or become a multi-millionaire overnight.

Coody ultimately went with option No. 1 despite LIV Golf’s sizable offer. He shared with Stricklin what LIV Golf’s tactics and offer included, besides guaranteed money.

The LIV proposal included a multi-million dollar signing bonus in exchange for a two-year commitment, Coody said. Also included, Coody said, were all travel expenses to tournaments this year and next, plus guaranteed prize money regardless of where he finished in any event.

Coody said he was given 12 days to decide on the offer.

When Coody turned down the offer, LIV Golf didn’t exactly go away. Instead, the rival circuit said that if he signed then it would extend an offer to his twin brother, Parker Coody, who now plays on PGA Tour Canada.

Coody made it clear that the offer and the money still wasn’t enough for him to throw away his dream of playing on the PGA Tour.

“Seeing that kind of money was kind of a wow moment for me,” Coody said. “It was a crazy amount of money, but I love the American tour. I never saw myself as a LIV golfer, but a PGA Tour golfer.”

Coody has played in two Korn Ferry Tour events so far this year, missing the cut in his first event but following that up with a T-4 the next week, earning just over $31,000.