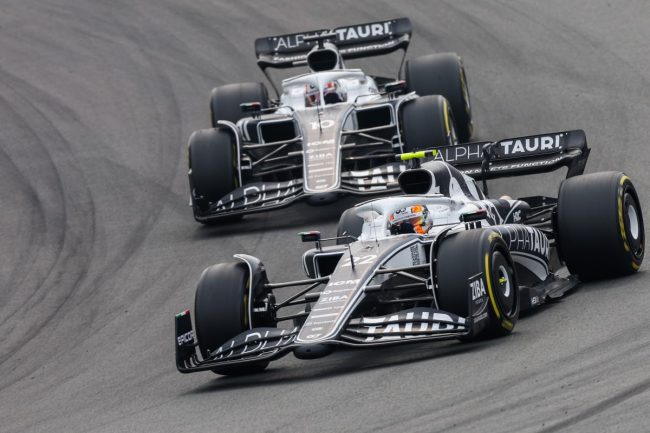 A pigeon somehow avoided death on Sunday after walking onto a Formula 2 track mid-race. Viewers held their breath as cars flew one by one, narrowly missing the bird with each pass.

I mean, talk about a near death experience. What’s crazy is the bird didn’t even look fazed by the oncoming racers. The pigeon just inches across the track as if nothing is happening.

It doesn’t even take flight until watching four or five cars zip by.

The amazing feat had many on social media talking as they were in pure awe that the pigeon didn’t get struck by one of the drivers in the race.

After seeing the video of the pigeon narrowly escaping death in the Formula 2 race, fans rushed to social media to post their reactions. Most couldn’t believe what they’d seen.

One person said, “Oh my god what a lucky escape.”

Oh my god what a lucky escape

Another noted the similarity to a video game.

This fan joked that the pigeon was just enjoying the action, saying, “Even the pigeons are race fans over here.”

Even the pigeons are racefans over here

Most just commented on the sheer bravery of this bird, as it didn’t get spooked by any of the oncoming traffic and lives to see another day.

Unable to fly because of massive balls

Luckily, the pigeon avoided being hit by the racers and now lives on to tell the tale.