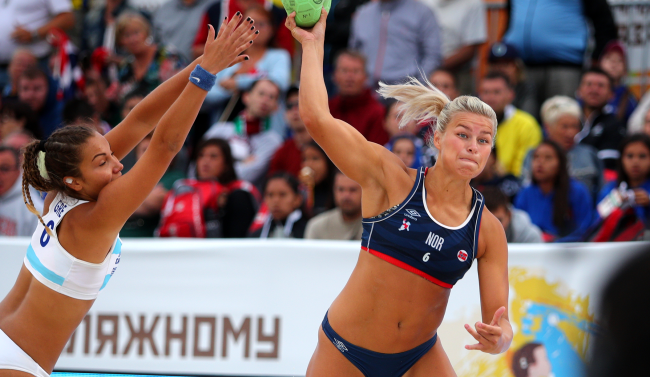 Norway’s beach handball team was fined €1,500 ($1,771) at the European Championships because their players chose to wear shorts instead of the required bikini bottoms.

The Norwegian women’s handball team chose to do so as they felt the bikini bottoms were too revealing and made them feel unnecessarily sexualized.

The official International Handball Federation rules state that all players must wear a bikini where the “bottom must not be more than 10 centimeters on the sides.”

“The European handball federation SHOULD BE FINED FOR SEXISM. Good on ya, ladies. I’ll be happy to pay your fines for you. Keep it up.”

“Thank you so much for all the support. We really appreciate all the love we have received,” the team wrote on Instagram.

Norway’s Handball Federation has thrown its full support behind the players as well.

“We are very proud of these girls who are at the European Championships in beach handball. They raised their voice and told us that enough is enough,” the NHF said in a statement.

“We are the Norwegian Handball Federation and we stand behind you and support you. We will continue to fight to change the international regulations for attire, so that players can play in the clothing they are comfortable with.”

In 2012, the International Volleyball Federation changed its rules requiring players to wear bikini bottoms so athletes competing at the Tokyo Olympics will be allowed to chose between wearing bikinis, one-piece bathing suits, or shorts and T-shirts.