The Pistons Have Offered J. Cole An NBA Tryout At The Age Of 35 And I Guess Being Rich And Famous Has Some Perks After All 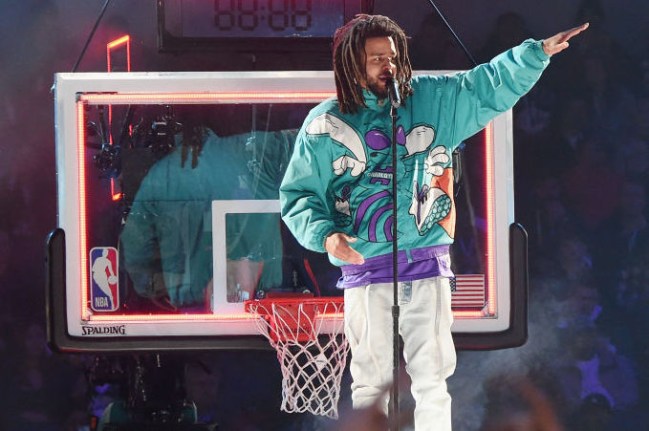 There’s no shortage of routes you can take while trying to become Instagram Famous, but if you can’t get your hands on a particularly adorable animal and failed the genetic lottery that prevents you from amassing millions of followers who love nothing more in life than watching attractive people do moderately entertaining things, your options are a bit more limited.

However, not all is lost. Do you have a car? Do you own a copy of Boiler Room on DVD or (preferably) Blu-Ray? Do you know how to use the internet to find motivational quotes? Congratulations! If you can record yourself sitting in the driver’s seat while delivering a series of empty platitudes about how to successfully be successful at success with the same intensity Ben Affleck brought to the table in that movie, you have everything it takes to be a life coach!

I’ve never really understood the cult following some personalities have been able to build by appealing to people who seem to think there’s no better way to start off your day than having a stranger tell you that you’re a lazy piece of shit who won’t amount to anything until you follow the fourteen-step plan you can only access by subscribing to their Patreon. If I’m coming off as jaded, that’s because reality has made me an irreparably bitter person far too early in life, and while there are obviously people out there who benefit from that particular form of guidance, I’m inherently skeptical that anyone claiming to have the secret to achieving whatever you want would use that key to unlock a career as a motivational speaker.

As I alluded to in the first paragraph, there are certain things in life you’ll never be able to do regardless of how badly you may want them and you’re only hurting yourself by denying that reality. For example, J. Cole could’ve played college basketball when he was given the opportunity to walk-on at St. John’s but ultimately decided to focus on music because he knew he’d be more likely to become successful in that lane.

It worked out in the end, as he didn’t only go platinum three times but he did it without any features. As a result, he’s managed to achieve more than most of us ever will even though he had to give up on his dream of playing professional basketball in order to get there.

Sorry? What’s that? He thinks he could play in the NBA even though he’s 35 and it’s been over 15 years since the last time he played organized ball? Well. Alrighty then.

At the risk of printing out a receipt that could be used against me at a later date, Cole has the same odds of actually playing in an NBA game as my nephew does when it comes to achieving his goals of being an astronaut-president who rides a dinosaur between the White House and outer space. However—and you’re not going to believe this—it turns out being rich and famous has its perks,  as the Detroit Pistons have apparently caught wind of his aspirations and offered him the opportunity to showcase his skills.

.@JColeNC we see you out here. You said they only got 12 slots on the Pistons.

Hit us up for that tryout. This is for all the dreamers @bleacherreport #Dreamville https://t.co/6K24xaI28b pic.twitter.com/GYuG5LvqDE

C’mon, guys. Realy? You know we don’t actually have to entertain this, right? Why can’t he do what every other person with too much money and none of the talent or youth required to be a professional athlete traditionally does and just pay to attend a fantasy camp to live the dream for a few days?

Now that the Pistons have gotten in on the action, I assume it’s only a matter of time until other teams follow suit and this becomes a thing we have to pretend to care about until the season starts with the same number of J. Coles on an NBA roster as every other year in the history of the NBA.