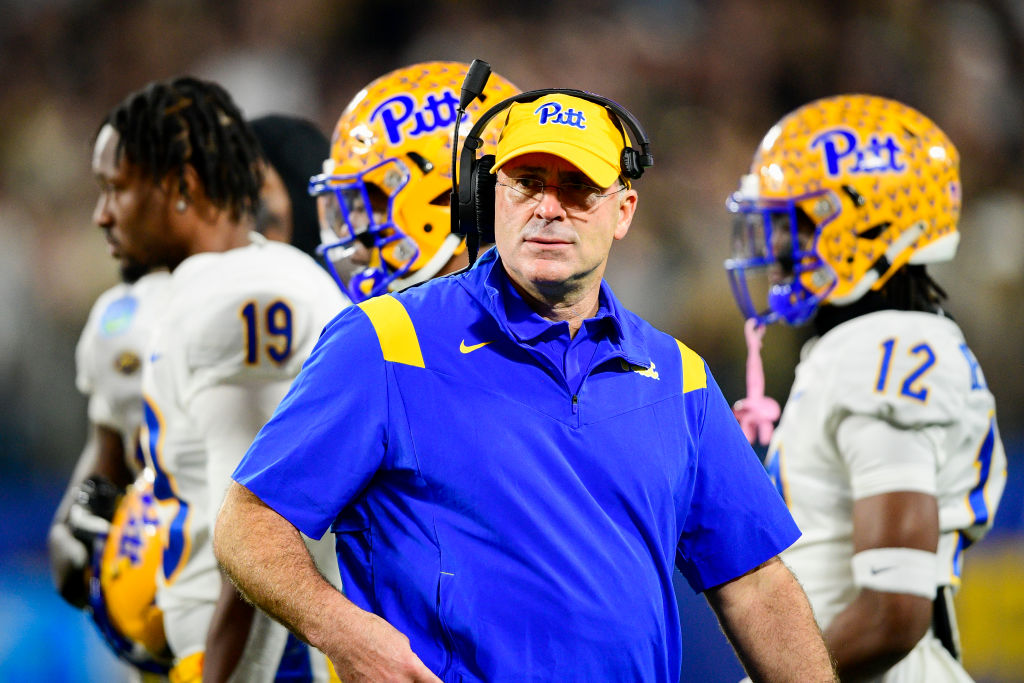 Pitt head coach Pat Narduzzi has a bone to pick with ESPN.

On Thursday night, Pitt won their first game of the season against West Virginia in amazing fashion, with a huge crowd cheering them on.

This is the most energized Pitt crowd I’ve seen in a very long time #H2P @KDKA pic.twitter.com/4wosBRY7mA

Pitt fans were absolutely electric for the entire game and Narduzzi was not happy that ESPN was apparently reporting that a big portion of the crowd at Acrisure Stadium was going to be consisting of West Virginia fans.

During his postgame interview on SportsCenter Narduzzi blasted ESPN for getting Pitt’s home crowd stats wrong.

“I saw some stat that there was gonna be 75 percent West Virginia fans. You guys messed that up on ESPN for sure.”

Narduzzi then called out ESPN for “disrespecting” Pitt fans while a stunned Scott Van Pelt tried to assure him he had nothing to do with that stat.