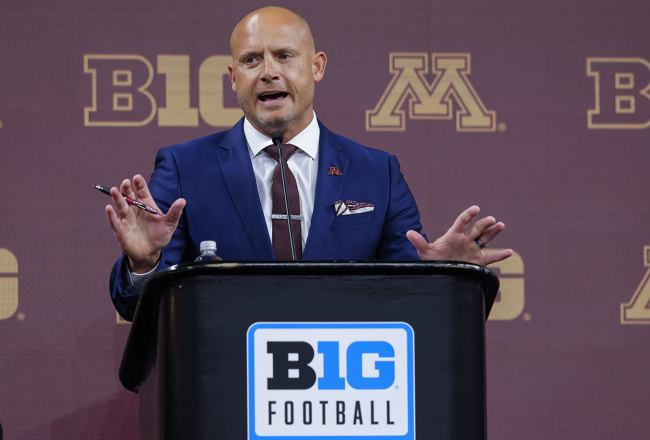 The last five years under head coach P.J. Fleck have been very up and down for Minnesota football. The Golden Gophers went from winning fives games in his first year, to 11 wins in year three, to three wins during the COVID-shortened year four, and won nine games last fall.

As Fleck looks ahead to 2022, he is bringing a new-found perspective to his team. The 41-year-old, who is known for his high-energy and charisma, studies the internal working of organizations and their leadership during the offseason. He has spent time reading and examining companies like Ford and Apple, among many others.

This year, as Fleck enters his sixth year with the Gophers, he is bringing with him some unique offseason learnings. He spent part of the offseason in Atlanta, Georgia visiting the headquarters for Chick-Fil-A.

Chick-Fil-A, of course, is one of the most efficient fast-casual restaurants on earth. They run a tight ship with very little room for error, and when they mess up, they are quick to make up for their mistakes.

As for how Fleck sees his learnings from Chick-Fil-A applying to his program, he thinks that there are already some similarities in how they treat people and how people increase the quality of the product. However, he won’t say that their cultures are similar— which doesn’t really make any sense, but whatever.

It will be interesting to see how Fleck’s time at Chick-Fil-A translates to Minnesota football. Maybe Golden Gopher players will start saying “my pleasure” after turnovers?