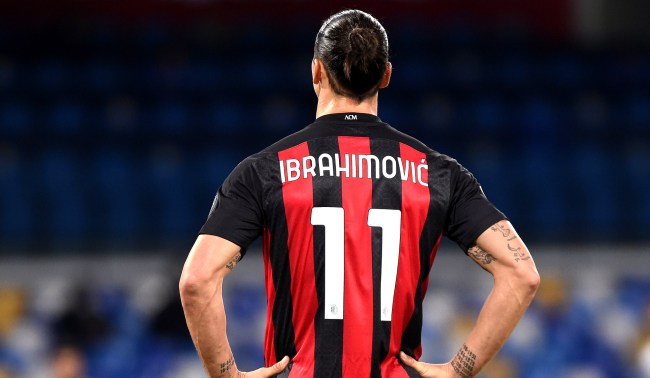 Soccer stars Zlatan Ibrahimovic of AC Milan and Gareth Bale of Tottenham Hotspur are among thousands of players expected to object to the use of their likenesses in the FIFA video game series.

Monday night, Ibrahimovic fired off a couple of tweets questioning his likeness appearing in FIFA 21 without his consent.

“Who gave FIFA EA Sport permission to use my name and face? @FIFPro?” Zlatan wrote. “I’m not aware to be a member of Fifpro and if I am I was put there without any real knowledge through some weird manouver. And for sure I never allowed @FIFAcom or Fifpro to make money using me.”

In a followup tweet, Ibrahimovic added, “Somebody is making profit on my name and face without any agreement all these years. Time to investigate.”

According to The Athletic, “thousands” of footballers will object to the use of their likenesses in the FIFA video game series.

Sources have told The Athletic that a growing number of top players are likely to follow the lead of Ibrahimovic and Bale and voice their objections to the use of their likeness in the video game without, they believe, proper consent.

FIFPro, the international players’ union, reportedly has the rights to to sell name and likeness rights for every player from a member nation.

In cases where a country is not a member of FIFPro or has a special arrangement with the union, player names and likenesses are either held by the individual players themselves, their clubs, the league their club belongs to, or the national federation.

For a football game to use the image rights of players, it must either need a specific agreement with their club or with the individual player. It does not acquire these rights via deals with a league.

So is EA Sports FIFA series getting ready to go the way of EA Sports’ NCAA Football and NCAA Basketball video game series?

Maybe. Maybe not. EA Sports told Dutch media outlet NU.nl it obtained Zlatan’s name and likeness rights through a deal with AC Milan, and that FIFPro “works with a number of licensors and negotiates agreements that benefit both players and unions.”

For what it’s worth, Ibrahimovic’s claims that he has no idea how his likeness ended up in the video game or what FIFPro is seem a bit dubious.

"I was put there without any real knowledge through some weird manouver." pic.twitter.com/pAVDwah5L5

Here's Zlatan not knowing what FIFPro is as he collects his 2013 FIFPro World XI award. pic.twitter.com/qR8YttdS0A

UPDATE: Received an official response from an EA Sports spokesperson.

“EA SPORTS FIFA is the world’s leading football video game, and to create an authentic experience year after year we work with numerous leagues, teams and individual talent to secure the rights of player likeness to include in our game. One of those is a long-standing relationship with the global representative of professional football players, FIFPro, who partner with a number of licensors to negotiate deals that benefit the players and their unions.”