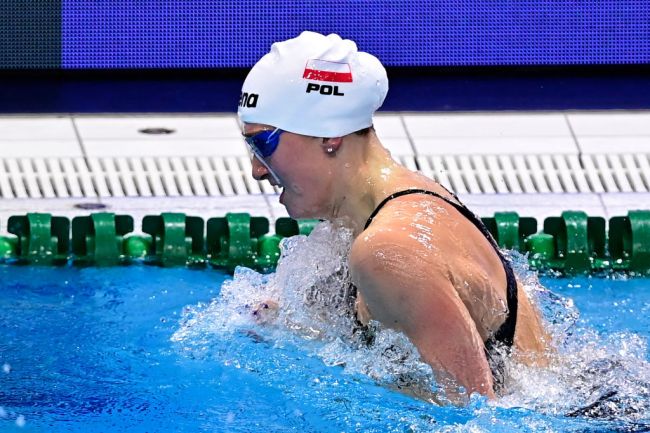 Poland picked 23 swimmers to compete on its Tokyo Olympic team, but it was only allowed 17. As a result of the mistake, the country has sent six swimmers home from Japan.

Per the world governing body’s FINA qualifying rules, Poland was delegated only 17 spots. Somehow, some way, the country chose six too many swimmers and flew them to Tokyo.

This entire situation should not have happened in the first place. However, if the mistake had been caught before the athletes traveled, it might have lessened the blow.

And yet, here Poland is, flying six of its top swimmers home. Ridiculous.

A majority of the nation’s top swimmers, including many of the 17 who were chosen to stay in Japan, have called for the PZP board to step down. Specifically, an open letter signed by the team demands their resignation, starting with president Pawel Slominski.

In response to the massive blunder, Slominski offered a horrendous apology.

“I express great regret, sadness and bitterness about the situation,” he said in a statement. “Such a situation should not take place. The reaction of the swimmers, their emotions, the attack on the Polish Swimming Federation is understandable to me and justified.”

Really, Pawel? The attack is understandable and justified? You don’t say?

Additionally, in his statement, Slominski attempted to explain the mistake, saying that it occurred because of his “desire to allow as many players and coaches as possible to take part in the Games.”

A few of the six athletes who were sent home expressed their anger with the mistake.

Alicja Tchorz represented Poland at the 2012 and 2016 Olympic Games before qualifying for 2020 and then being sent home.

“Imagine dedicating five years of your life and striving for another start at the most important sporting event, giving up your private life and work, sacrificing your family and your dedication results in a total flop,” she wrote on Facebook.

Mateusz Chowaniec, who had his first Olympic qualification revoked, said on instagram that he hopes to “wake up from this nightmare eventually.

The six swimmers returned home earlier this week and will support their country from afar with their sights set on Paris in 2024.

Everything about this entire situation is terrible, but I’m not sure what is worse — the athletes being sent home from something that they train their whole lives for, or the president’s hilariously terrible response.

It’s a brutal look for Poland.