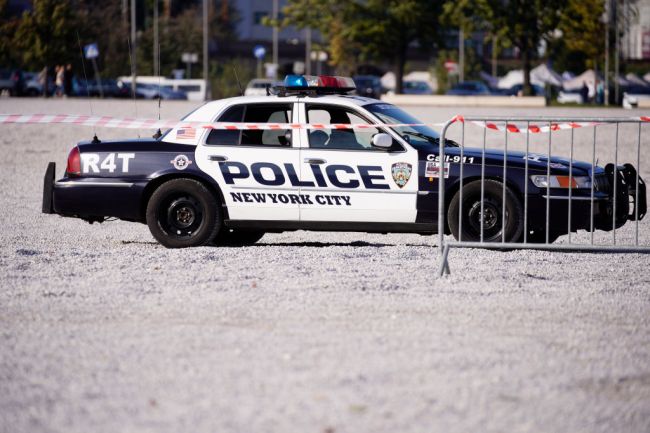 An absolutely crazy police chase broke out around 5:00 p.m. EST on Wednesday and it resulted in utter chaos. The video shows a melee among motorists and police officers on Fordham Road in the Bronx.

The infamously bollixed street has long been a topic of debate. Many people in the area have argued for years that it should be a car-free busway.

The video, shot by a passerby, shows officers unexpectedly emerge from a dark-colored car. They hop out and give pursuit to a lime green sports car on foot.

The driver tries to evade the officers by going the wrong way down the street. As he tries to extricate himself from wall-to-wall traffic, the car collides with other cars and drives on the sidewalk.

At that point a third officer arrives— on a Citi bike. His vehicle of choice makes absolutely no sense.

Nevertheless, he gets off of the bike and draws a gun as he joins the chase. The video ends before the officers can apprehend the suspect, but it’s still insanely wild.

He was not tryna get caught happened in #bronx #fordhamrd pic.twitter.com/1WOzmMSk05

Police say that when they approached the driver about the excessive tint on his car windows, they saw him smoking marijuana. At that point, he decided to take off.

The car was later found abandoned several blocks away.

At least 14 people were injured as the wild scene occurred but no arrests have been made and the investigation is ongoing.