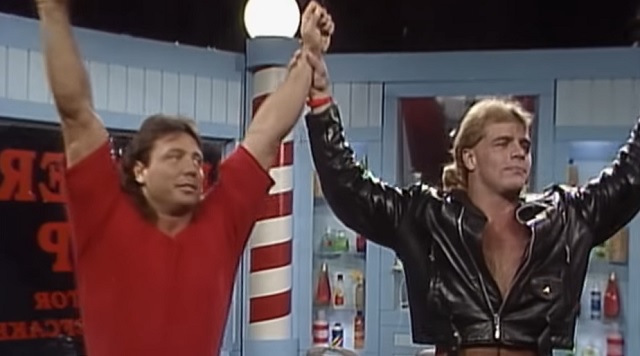 The police are aware of Marty Jannetty’s bizarre Facebook post in which he apparently confessed to murdering someone in 1973.

On Wednesday morning, Jannetty took to Facebook and randomly told the story of the time he “made a man disappear” while he was working at Bowling Alley as a teen.

Marty Jannetty just confessed to a murder like it's no big deal? pic.twitter.com/IoudfWXE3Z

“I was 13, working at Victory Lanes bowling alley buying weed from a f** that worked there … and he put his hands on me … he dragged me around the back of the building … you already know what he was gonna try to do.”

“That was the very first time I made a man disappear. They never found him. They shoulda looked in the Chattahoochie River.”

TMZ reached out to the Columbus Police Dept. in Georgia and they are taking Jannetty’s claim very seriously. According TMZ, the Columbus police homicide dvision have opened an investigation and are trying to piece together whether Jannetty actually did indeed kill someone in 1973.

Now, the Columbus Police Dept. in Georgia tells us straight up, “We are going to look into this.”

In fact, a spokesperson from the homicide/cold case division says, “The first step will be seeing if we have any missing persons or unidentified remains cases that match the limited information in the post.”

The CPD notes that they have “several current active homicide investigations underway and they will have to remain the priority” — so, it won’t be an all hands on deck situation right now.

Jannetty has since deleted the post in question, and has not commented on the matter.