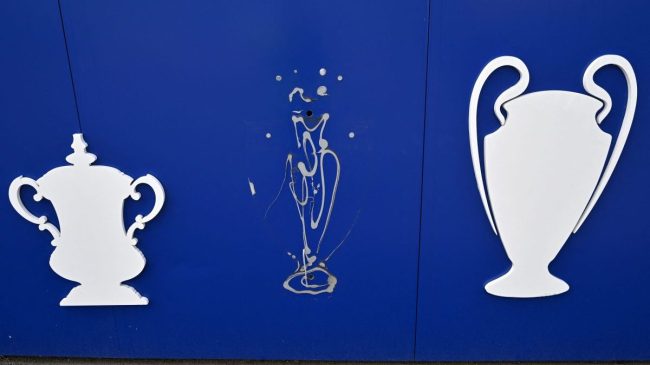 The world mourned on Thursday following the passing of Queen Elizabeth, the longtime queen of England. Elizabeth ruled for 70 years and her passing essentially brought the whole of England to a stop.

Shortly after her passing, the English Premier League quickly put out a tweet mourning the longtime monarch.

The Premier League is deeply saddened to hear of the passing of Her Majesty The Queen, Elizabeth II. Our thoughts and condolences are with The Royal Family and everyone around the world mourning the loss of Her Majesty. pic.twitter.com/UlaLXEOdke

As did reigning league champion Manchester City as well as rival Manchester United.

Manchester City wishes to express its sincere condolences to The Royal Family following the passing of Her Majesty Queen Elizabeth II.

Her Majesty’s dedication and service has been exemplary and we join our country and the Commonwealth in mourning her loss. pic.twitter.com/mDTn2Nj1UB

The club has issued a statement regarding this evening's game at Old Trafford, following the death of Her Royal Highness The Queen Elizabeth II.

Now it appears that the league is taking extraordinary measures, canceling all planned games for the upcoming weekend.

As a mark of respect to Her Majesty Queen Elizabeth II, this weekend’s Premier League match round will be postponed.

“At a meeting this morning, Premier League clubs paid tribute to Her Majesty Queen Elizabeth II. To honour her extraordinary life and contribution to the nation, and as a mark of respect, this weekend’s Premier League match round will be postponed, including Monday evening’s game.

“Further updates regarding Premier League fixtures during the period of mourning will be provided in due course.”

While the top tier of English soccer has opted to postpone, it’s not the only one according to The Athletic.

The EFL have also postponed their games. They said: “Further to discussions on Friday morning it has been determined that all EFL fixtures from 9-10 September will be postponed as a mark of respect by the National Sport to the passing of HRH Queen Elizabeth II.”

The National League postponed their fixtures shortly after the Premier League and EFL. All games in Scotland have also been postponed.

The decision surprised a number of fans. Particularly in the wake of other clubs across Europe have played through.

Kinda crazy that they’re straight up canceling. I understand it’s a massive event but isn’t this gonna affect working class folks the deepest? Regular folks who are already paying taxes for the funeral now are out travel expenses, et al? https://t.co/6ERmKe4KQR

The FA are one of, if not the most archaic and idiotic institutions in sport.

So out of touch with reality, there's no obligation to postpone fixtures. Why devalue your product/employees (cramming fixtures) and punish your fans?

There are better ways to pay respect. https://t.co/KiBJXate8M

There are ways of showing respect without showing a complete lack of regard for so many people.

By paying tribute to the queen & giving ‘normal people’ no choice or consideration, it’s an ironic reflection of the hierarchical Royalty v ‘Other’ societal structure.

To say nothing of the human being who’s just died, there’s no better example of how the monarchy acts as a continual drain on joy, self-actualisation & genuine collective feeling in these islands than this utterly pointless & terrible decision https://t.co/hCLi8x3K73

Elsewhere, the DP World Tour postponed play on both Thursday and Friday of the BMW PGA Championship.

While the cycling Tour of Britain halted its race completely with a number of stages remaining.

A further update from the @AJBell Tour of Britain. pic.twitter.com/EVl3Wr9WRh