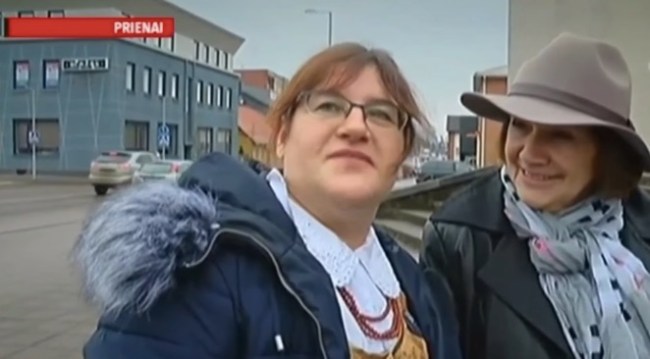 LiAngelo and LaMeLo Ball are taking their *talents* to Prienai, Lithuania. Outside of the Ball family inner circle, this is widely regarded as a horrific decision in the making.

It’s hard to say when this all started. It’s unclear if the wheels began in motion when LiAngelo Ball was caught shoplifting in China. That appears to be what prompted his dad to pull him out of UCLA. LaVar Ball also pulled his son LaMelo Ball out of Chino Hills High School because the coach wasn’t letting him shoot ‘50 shots a game‘. Whatever led us here, the fact remains that two of the three Ball Brothers (2 of the 4 members of the Big Baller Brand) are heading to play professional basketball in Prienai, Lithuania.

A local news station caught up with locals on the street to ask them how they feel about the Ball brothers coming to Prienai and suffice it to say, this clip is pretty amazing. By the way, this clip is all in Lithuanian but the closed captions should be turned on automatically. So you don’t need sound, just the CC:

This felt like one of those Jimmy Kimmel Live clips where they ask people on the street questions about things that are either fake or the person on the street doesn’t have a fucking clue about. I didn’t get the sense here that the Big Baller Brand is even going to be able to clear Lithuanian Customs. I’ll be SHOCKED if the Ball brothers aren’t back in the U.S. by the end of next Summer, playing pick up games at Rucker Park and getting clowned on by New Yorkers.